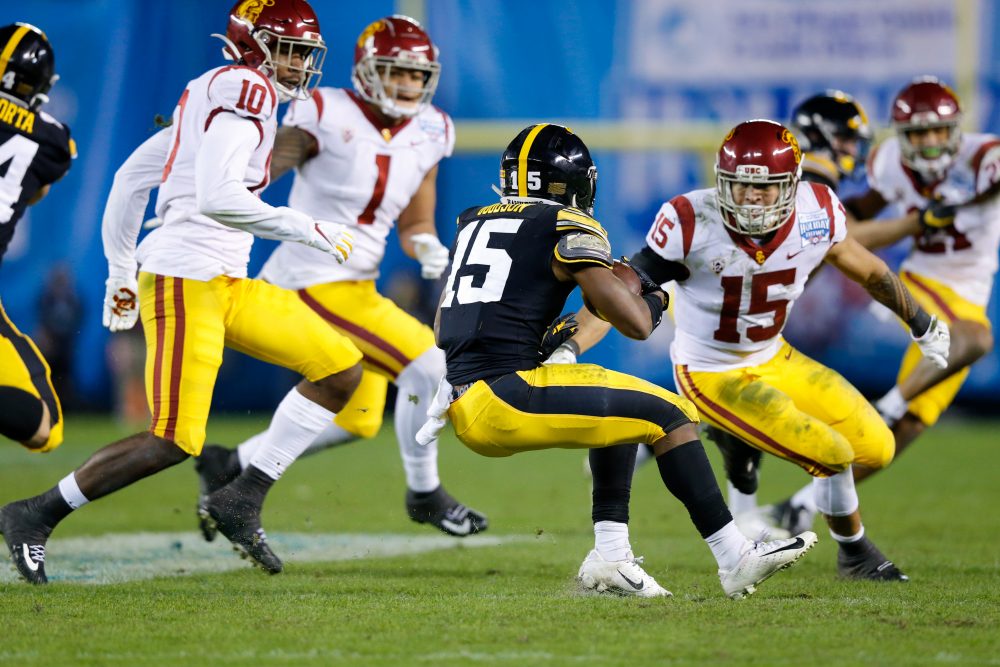 Some sights are just meant to be unseen and this game is one of them. I would add that some things need to be unheard too. The meaningless post-game comments by Helton certainly qualify as noises to be unheard. Respectively Coach Helton, what do you know about winning championships? What do you know about preparing a Trojan coaching staff and team to play real Trojan football? The data all suggest that you and this staff (whoever is left) doesn’t understand the cost necessary to prepare your team to defeat any opponent other than a .500 or worse team and even then, that is no guarantee. Go up against a quality opponent, we all know what the outcome is going to be about 89.5% of the time…a loss ranging from disappointing to humiliating.

The defensive scheme was the same but with a halftime adjustment to move to a zone look (mostly “quarters”). The summary of the defensive performance is this:

This game and many this year have been tough to write about. To see the decline in our football program which denigrates all the former players, coaches and loyal fans is deflating, to be generous. I honestly don’t know if real Trojan football will ever be played again. I do know that with coach Helton you get integrity…but not toughness or championships. I know for fact that you can accomplish all three outcomes. We’ve done it for generations, just not this one.