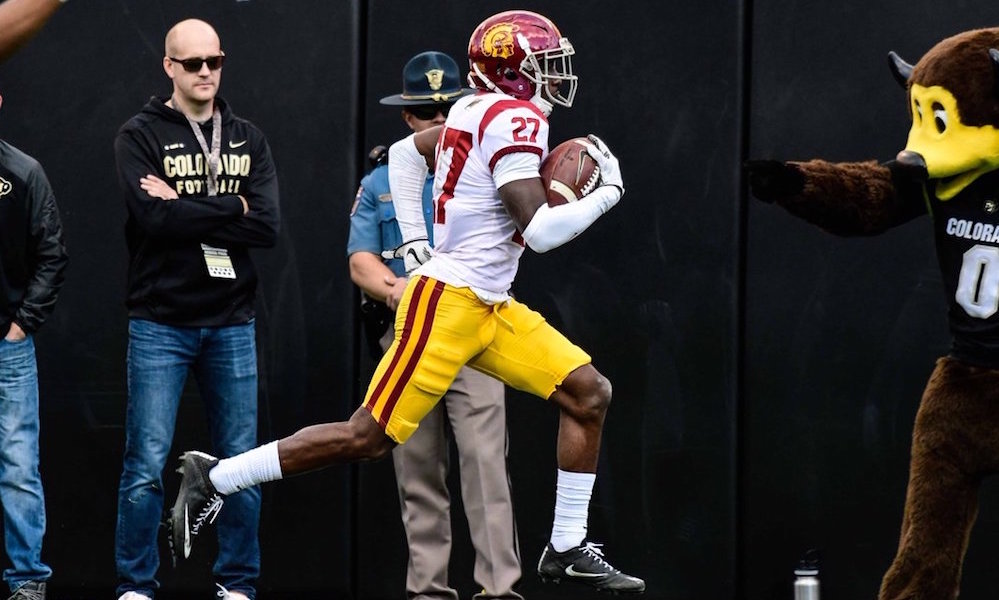 BOULDER: The wins keep coming and the frustration keeps growing. Fundamentally the question is “are we a better 9-2 team than any other two loss team in the country?” That question gets answered over the next three weeks and two opponents…UCLA and Pac-12 Championship game. But here’s what obvious to any but the most casual observer of USC football; we are a talented, undisciplined, erratic and talented (again) football team.

Why erratic? It’s an easy answer now as we have too many data points not obscured by injuries and no-byes. Coaching/teaching and leadership from both the coaches and players. Focusing on player leadership for a moment; the Captains must demand assignment integrity from their team mates (Btw, gap integrity is a subset of assignment integrity). This means that when there is a personal foul by a player you get in their face and let them now it. It is unacceptable and the coaching staff is really at fault here but in the heat of play getting a pointed message from a respected captain is powerful tool for improvement. The coaches need to pull more guys off the field and go with other players that are willing to play with smarter football IQ’s and assignment integrity. Unless and until the on-field sloppiness stops a more focused, disciplined and talented football will be more than we can handle.

As for X’s and O’s on defense what went on was a game plan similar to last week’s game against Arizona but without the Safety spying the QB in the box with linebacker help to the flow side. Clancy did use a little bit of man cover on their #1 receiver Fields but Colorado cleverly used a rub route on a pure motion through the center point to rub off nickel back (Ross) for a 3rd down conversion. We focused on Lindsay and run stops which was generally a successful tactic.

As everyone knows we got out to a 27 – 0 lead in 3rd quarter. And then allowed two long pass plays to #9 who is an emerging star and very fast and athletic. Jack Jones (#25) got caught not doing his man cover assignment twice for the same play both of which were long TD passes with no safety help. What Colorado did was move to a two back set which pulls our deep safety down low, forces man coverage, put their fastest best athlete on J. Jones. J. Jones peeks inside which is not his read or assignment but hey he does what he wants anyway and bang 14 points. The learning is 1) Jones, do your assignment and 2) Clancy needs a better solution to the two back Pistol set and also a one back set to the weak side and we have our strength set to the opposite side. This is exactly what Arizona did with similar and slight variations. UCLA have watched the same film. Better fix this and practice it.

Some final points. Rojo is just something else and he’s really quite a special player and a special person. He makes me proud to be a Trojan just watching him run. As one very knowledgeable football pundit told me “he turns chicken S#@t into chicken salad. No joke and we need his play and leadership. And a hats off to Coach McCullough for coaching up al the running backs…well done.

I’m skipping the usual statistical analysis this week and because a lot has been said by others already. I’m flummoxed by some play calling (both USC and Colorado btw), our clock management again (better but a real blow in the 4th quarter with two incomplete passes and a run play burning a whopping 22 seconds). But just think about our pick 6 with 19 seconds to go in first half (bad pass, worse play call by Colorado) and two blocked field goals. If you adjust those out its pretty ugly. But I guess that’s ok because we’ve raised winning ugly to an art form now. I just wonder how long that can last and will we play a complete game? I sure hope so for the sake of these players so there are no regrets looking back upon this season.