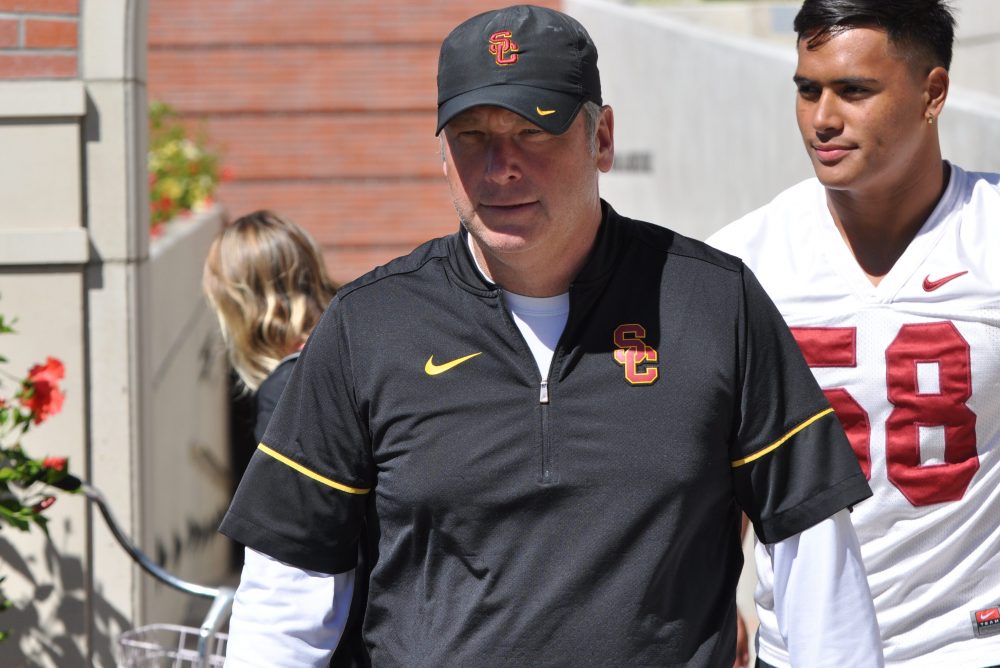 So, just when you thought it was safe to go back into the water…not so much. What a train wreck of a game yesterday against a tough, well-disciplined and well coached BYU team. I’d like to say they punched above their weight class, but I don’t think so. I think the better team won and it was surprising that the game went into OT (which was predicted by our own Greg Katz back in July, btw).

I have to start this defensive report out with a departure from the norm, by focusing on BYU’s defense against our “Air Raid” offense. Yesterday’s performance demands some type of explanation and I’ll ignore whatever comments come out of the USC coaching staff for now. Here comes the unvarnished truth…Offense first.

What we saw on offense:

What we saw on Defense:

Next up: Utah, which demolished this BYU team. We have so much to fix it is daunting to look at the deficiencies. For me, looking at our defense, I start with putting more speed on the field especially at DE/OLB. Be smart and situational but apparently this is the only way we can get to the QB and tackle him. EA continues to be a net detriment to the defense in his current Will linebacker role. Move him to OLB or even DE. Do it now. Make some changes and give ourselves a chance to win this Friday.