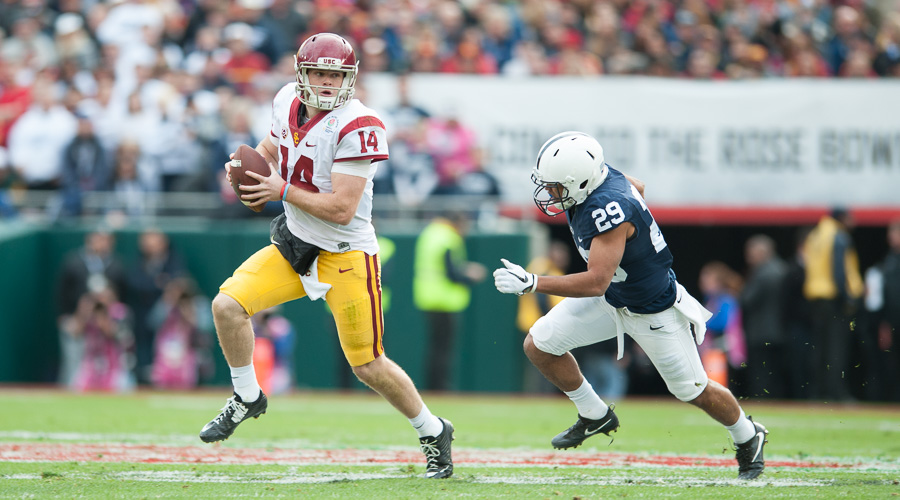 NFL.com analyst Daniel Jeremiah is taking a “First Look” at some of the top players in college football by watching multiple games from last season to, as he calls it, put them under the microscope. The first player up in his series is Trojan quarterback Sam Darnold, a player who Jeremiah referenced during the NFL combine as generating plenty of buzz from league personnel.

In his analysis of Darnold, Jeremiah watched three game tapes (Utah, Colorado and Washington), every taped throw of 3rd-down-and-6 or more, and he was in attendance for the Rose Bowl game against Penn State.

He discusses the strengths of Sam’s game, what he can improve on (Jeremiah isn’t as worried about any mechanics of a long throwing motion) and an interesting comparison to another former Pac-12 star quarterback.

Click here to read the complete story from NFL.com