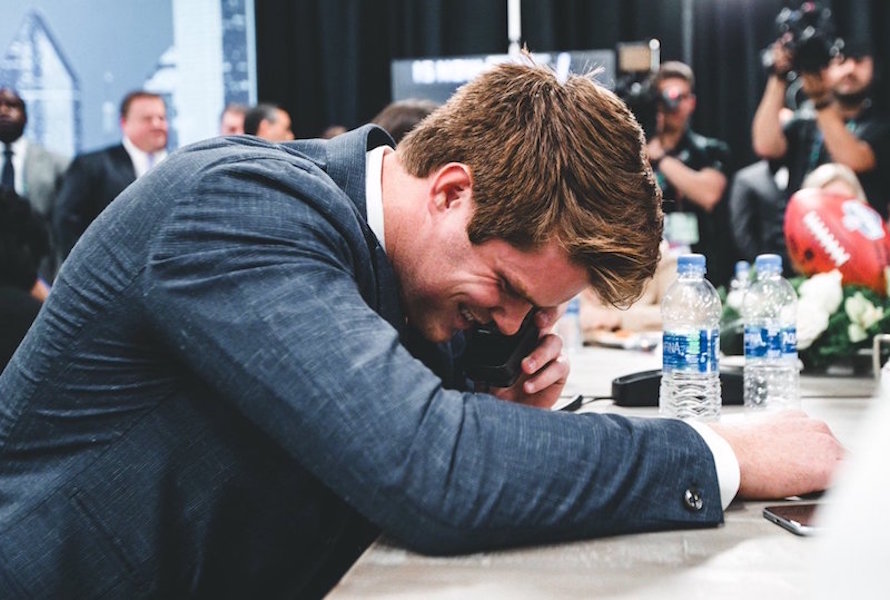 USC quarterback Sam Darnold was chosen with the 3rd pick in the first round of the 2018 NFL draft by the New York Jets.

When asked by Deion Sanders of NFL Network what Jets fans could expect of him, Darnold answered “a lot of wins”.

Welcome to the Big ?, Sam Darnold!

Darnold becomes the 81st first round draft selection in USC history, the most in the nation.

The Jets had traded up in the draft from the #6 spot to #3 with the goal of taking a quarterback even though they have four other quarterbacks on the roster right now with Josh McCown, Teddy Bridgewater, Bryce Petty and Christian Hackenberg.

The last time the Jets drafted a QB in the first round it was Mark Sanchez in 2009 draft.

Sam Darnold!!!! Lets goooo!! Welcome to the fam!! Fight on