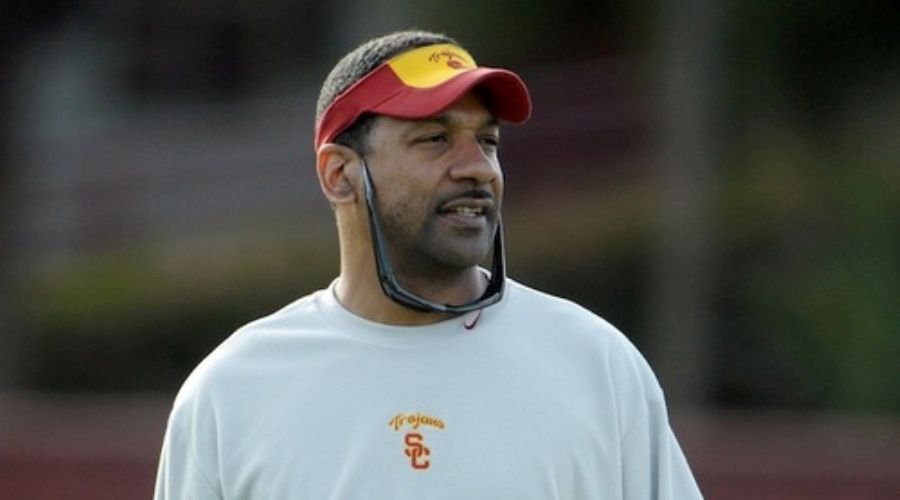 On December 7, 2015, the California Court of Appeal Second District handed down its ruling denying the bulk of the NCAA’s appeal to get Todd McNair’s lawsuit against it thrown out.  So where do things stand now?

Todd McNair just wants to have his day in court. He filed his defamation lawsuit against the NCAA back in 2011, and was progressing to a decision on the merits or trial before Judge Frederick Shaller. McNair’s seven causes of action against the NCAA included claims of Libel, Slander, Tortious Interference with Prospective Economic Advantage, Tortious Interference with Contractual relations, Breach of Contract, Negligence, and Declaratory Relief.

The NCAA had attempted to get the case thrown out in the trial court through a special motion to strike, or anti-SLAPP, basically saying the very conduct McNair was suing the NCAA about in all seven causes of action was legally protected speech. Judge Shaller denied the NCAA’s special motion to strike as to all seven causes of action, and the NCAA appealed this decision to the Court of Appeal. With the NCAA’s filing of this appeal of Judge Shaller’s anti-SLAPP ruling, McNair’s lawsuit in the Superior Court was placed on hold, pending the Court of Appeals’ ruling.

In order for the NCAA to prevail in its anti-SLAPP (SLAPP stands for Strategic Lawsuit Against Public Participation) challenge to get McNair’s lawsuit thrown out, there were two steps it needed to overcome: First, the NCAA needed to prove that the causes of action filed by McNair arose out of “protected activity.” Second, if this first prong is satisfied, the burden of proof shifts to McNair to demonstrate a probability of prevailing on his claims.  Basically an anti-SLAPP motion challenges the Plaintiff even bringing up certain causes of action that arise out of legally protected activities (in this case the NCAA claims the activities McNair is suing for arise out of the NCAA performing legal activities as an administrative body).

The Court of Appeal in its December 7, 2015 ruling for the most part was a victory for McNair, who was allowed to proceed on five out of his seven causes of action as follows:

Defamation Claims of Libel and Slander Can Continue

While his Complaint lists seven causes of action, McNair’s lawsuit is based largely on the defamation claims of libel (written) and slander (oral publication) of allegedly false statements by the NCAA as to McNair and a desire to clear his name. Here, the first prong of the anti-SLAPP was easily satisfied, with the NCAA and McNair even agreeing that McNair’s libel and slander claims arose out of the NCAA’s protected activity as an administrative body. When the burden then shifted to McNair to demonstrate a probability of prevailing on the defamation claims, which would also require a showing of malice by the NCAA, the Court of Appeal affirmed Shaller’s ruling in favor of McNair.

McNair’s libel claims arise out of the NCAA Committee on Infractions’ report which McNair claims falsely states he “had knowledge” of the agency agreement and improper benefits surrounding Bush Gate, and acted unethically and dishonestly by lying about such knowledge and failing to report it to USC. McNair’s slander claims arise out of statements by Paul Dee and Mark Emmert. McNair was also determined to be a “limited purpose public figure,” and so he additionally needed to demonstrate a probability of malice by clear and convincing evidence.

The Court of Appeal found the evidence presented, including a declaration by McNair, a 10-page interview in 2010 by Paul Dee that repeated the results of the Committee on Infractions’ investigation, deposition testimony, interview transcripts, and emails, was sufficient for McNair to establish a probability of prevailing on the merits of his defamation claims, including showing a probability of malice.

Here are some choice quotes from the Court of Appeals’ December 7, 2015 opinion:

“Even Howard, a nonvoting member, acknowledged that the investigation ‘fell short.’”

“Notwithstanding McNair’s appeal to the Appeals Committee alerting the NCAA to each of the purportedly false statements in the COI report, the report went unchanged.”

“…despite the concerns about the reliability of information gleaned during the interview process; the paucity of evidence that McNair knew about the improper benefits and agency agreement; and the knowledge that Johanningmeier ‘misspoke on the date’ of the two-minute call when questioning McNair, the NCAA made the deliberate decision not to re-interview McNair to clarify the date of the two-minute call and obtain his response.”

“…as Johanningmeier acknowledged in his deposition, without a finding against McNair, no penalties could have been instituted against USC for Bush’s receipt of improper benefits.”

While McNair prevailed in the Court of Appeal with most of his causes of action, the NCAA won its challenge to McNair’s tortious interference claims. The Court of Appeal found that the claims did satisfy the first prong of the anti-SLAPP analysis in that the NCAA conduct alleged was protected speech, and it ruled that McNair failed to demonstrate a probability of prevailing because the evidence showed his contract with USC expired by its own terms on June 30, 2010. Because he could not demonstrate an existing contract, he failed to show a likelihood of prevailing on these claims.

Breach of Contract, Negligence, and Declaratory Relief Claims Can Proceed

The Court of Appeal found that McNair’s Breach of Contract, Negligence and Declaratory Relief Claims did not even meet the first prong of the anti-SLAPP statute, meaning those claims did not arise out of the NCAA’s protected activity. Therefore, the second step of an evaluation of McNair’s probability of prevailing was not necessary, and the claims survive the anti-SLAPP challenge.

Does This Mean McNair Will Definitely Win At Trial?

It is important to note that while the majority of McNair’s lawsuit is allowed to continue in the trial court, all that should be taken from this is that McNair has demonstrated a “probability” of prevailing on the merits. It does not necessarily mean that it is a slam dunk and the jury will rule in favor of McNair. As legal authorities note, and as cited by the Court of Appeal, McNair “’…need only establish that his or her claim has minimal merit to avoid being stricken as a SLAPP. [Citation.]’ (Hailstone v. Martinez (2008) 169 Cal.App.4th 728, 735, italics added.)”

Many are clamoring for USC to sue the NCAA. In fact the Court of Appeals notes the significance of the Committee on Infractions’ findings on McNair as it relates to USC: “…as Johanningmeier acknowledged in his deposition, without a finding against McNair, no penalties could have been instituted against USC for Bush’s receipt of improper benefits.” What this is saying is that without McNair, you have no case against USC as it relates to the Reggie Bush matter. This is huge.

USC issued a statement back in March stating, “Once USC has had the opportunity to review all of the documents unsealed by the court, we will determine what further action is appropriate.” USC has not made any indications at this point that it intends to pursue the NCAA on this. It would be premature to do so without seeing all of the evidence, including what will likely come out as McNair’s case progresses in the trial court.

What’s Next for McNair

McNair can now continue in the trial court with his slightly trimmed down lawsuit. He is proceeding on what likely to him are the most important claims of defamation. The next hearing date in McNair’s matter before the trial court and Judge Shaller is a case management conference, scheduled for February 19, 2016. At this hearing the parties will discuss the status of the case, perhaps additional discovery matters, and maybe a trial date will be set.

Got any Trojan sports legal issues you want to see covered?  Email Lizelle at [email protected], or Tweet her at @LizelleBrandt.