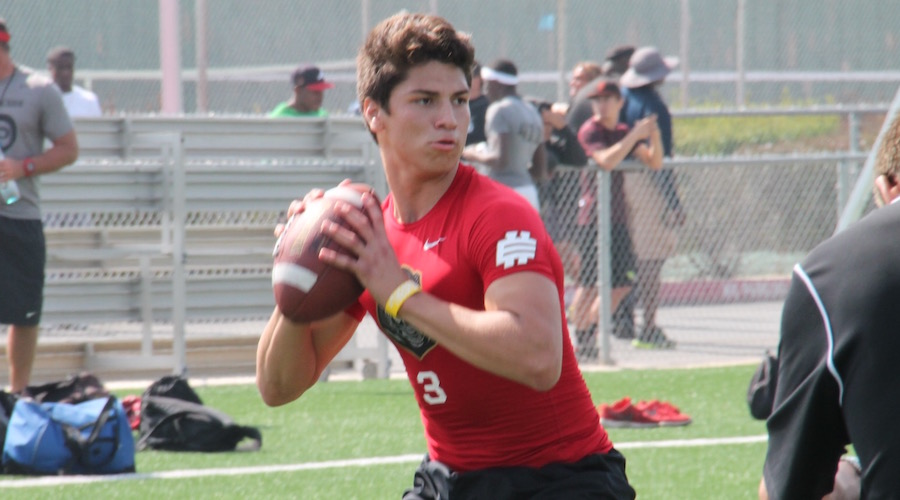 Matt Corral, the top rated commit for the Trojans in the Class of 2018, has enrolled at Long Beach Poly to play his senior year.

It ends a whirlwind couple of weeks following his sudden departure from Oaks Christian, where Corral (6-2, 185) had spent the last three seasons as the starting quarterback while establishing himself as one of the top players in the country. In his time with the Lions, Corral passed for 7,683 yards with 74 touchdowns and 15 interceptions, along with 800 yards on the ground and 17 rushing touchdowns.

Corral committed to the Trojans last year in February and has never wavered on that decision.

The circumstances surrounding him leaving Oaks have yet to be confirmed but Corral earlier addressed the rumors that involved him getting into a physical altercation with another student:

“I did not get expelled, nor did I punch anyone,” Corral tweeted. “I ran into problems at a school that is biased towards money. So if you have a lot of it, you run the school. No matter what the situation is. No matter what I say, I am wrong. Leaving Oaks Christian is something that my family thought was the right thing to do. I am sorry if I offended anyone.”

The presence of Corral will be a boon to the Jackrabbits, who have one of the top pass-catching tight ends around in Camren McDonald, but who have not had a QB of Corral’s caliber since the days of Chris Lewis in the late 90’s.