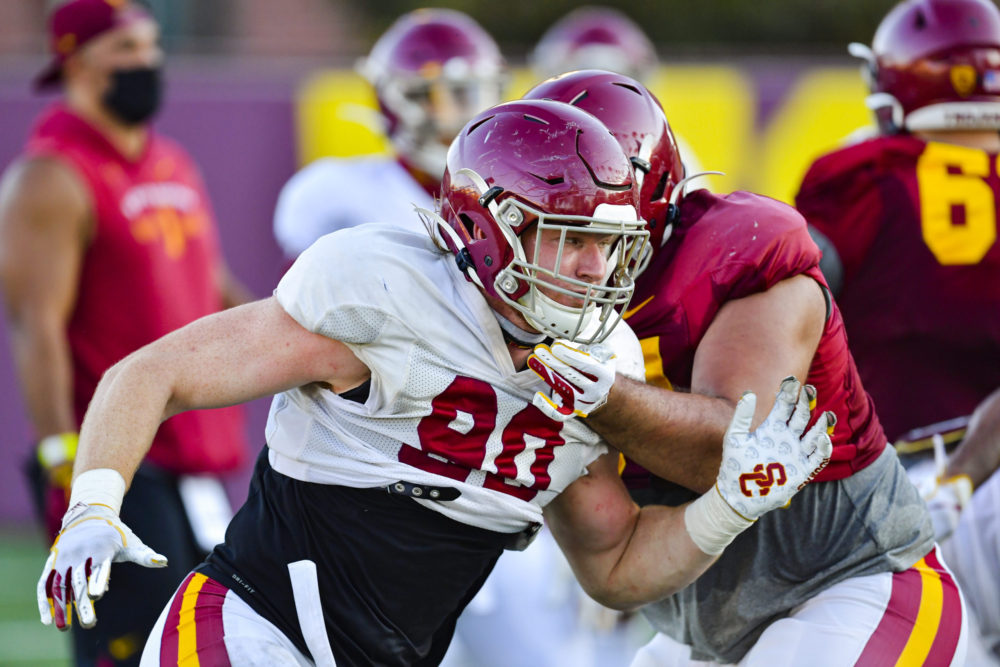 A USC player has entered his name into the transfer portal for the second time in two days as the roster restructuring continues following the 2020 season. After running back Markese Stepp officially began his search for a new home on Monday, Tuesday brings news that defensive end Connor Murphy has followed Stepp into the transfer portal.

As a true freshman in 2016, Murphy won USC’s Defensive Service Team Player of the Year Award and played in 13 games, with six tackles and a fumble recovery.

A redshirt senior, Murphy will look to take advantage of the NCAA rule granting all student-athletes an extra year of eligibility and will use his redshirt-senior redo year elsewhere.

While this isn’t a major blow to the defensive line in terms of production, Murphy would have given the Trojans another veteran presence at defensive end for the 2021 season. USC will likely rely heavily on Tuli Tuipulotu and Nick Figueroa, as both had breakout seasons in 2020. The Trojans could also get Caleb Tremblay back, after an injury-plagued 2020 season — though Tremblay would need to exercise that extra year of eligibility. Jacob Lichtenstein could be in the mix there, and USC will see what it has with true freshman Colin Mobley next season.

USC seems to have a plethora of interior linemen, as Stanley Ta’ufo’ou, De’jon Benton, Kobe Pepe and Jamar Sekona will be joined by Alabama transfer Ishmael Sopsher in 2021. That position would get a huge boost if Marlon Tuipulotu elects to remain at USC and not declare early for the 2021 NFL Draft. It’ll be interesting to see if any of those players could slide out to provide depth at multiple positions.