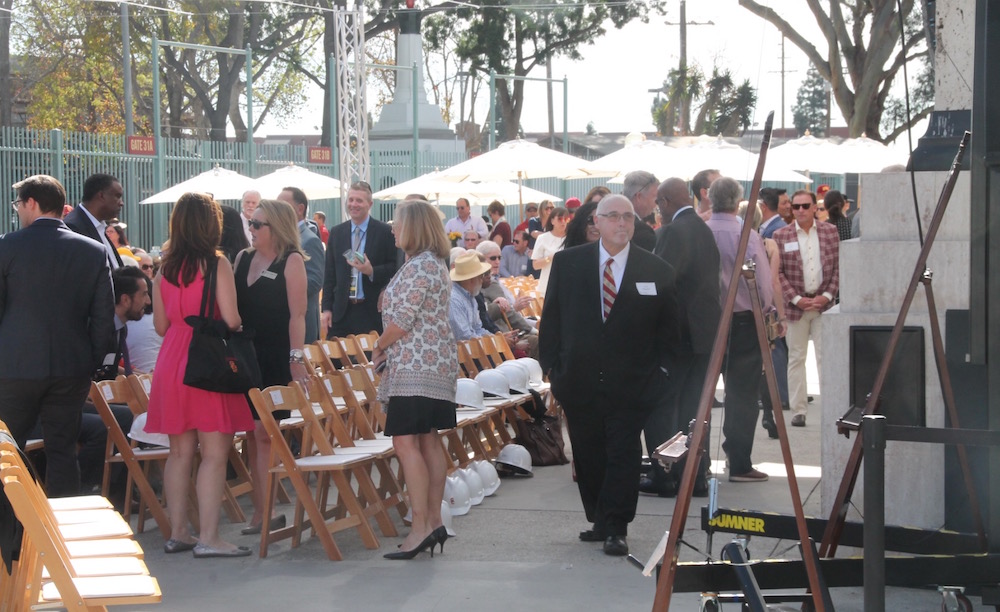 USC held the groundbreaking ceremony for the Coliseum restoration project on Monday and it included the debut of a new name for the stadium as beginning in August 2019 it will be called the United Airlines Memorial Coliseum.

Truth be told, that will be the official name on the marquee but this is the Coliseum. The Los Angeles Memorial Coliseum. It’s a name that has so much tradition and meaning for USC fans and that’s not going to change no matter how much money United is paying (the 16-year, $70 million deal is the largest ever college stadium sponsorship price). 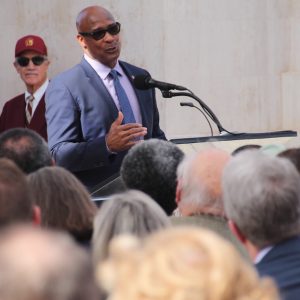 The ceremony took place in front of the peristyle with a large tent in place to protect the guests from the unexpectedly warm sun. The day got started with USC president Max Nikias thanking a long list of university officials, donors and politicians, and he was followed by Lynn Swann, then a representative from United and speeches from a few politicians. There was also an appearance from the Trojan Marching Band, who played the United theme song Rhapsody in Blue.

The groundbreaking was just a few steps from where guests were able to view the construction going on inside the stadium. The work is being done on the south side of the stadium with the press box being torn down and a wide section of seats having already been taken out. Several guests commented that their seats were already gone, including one group who had been in those seats for over 50 years.