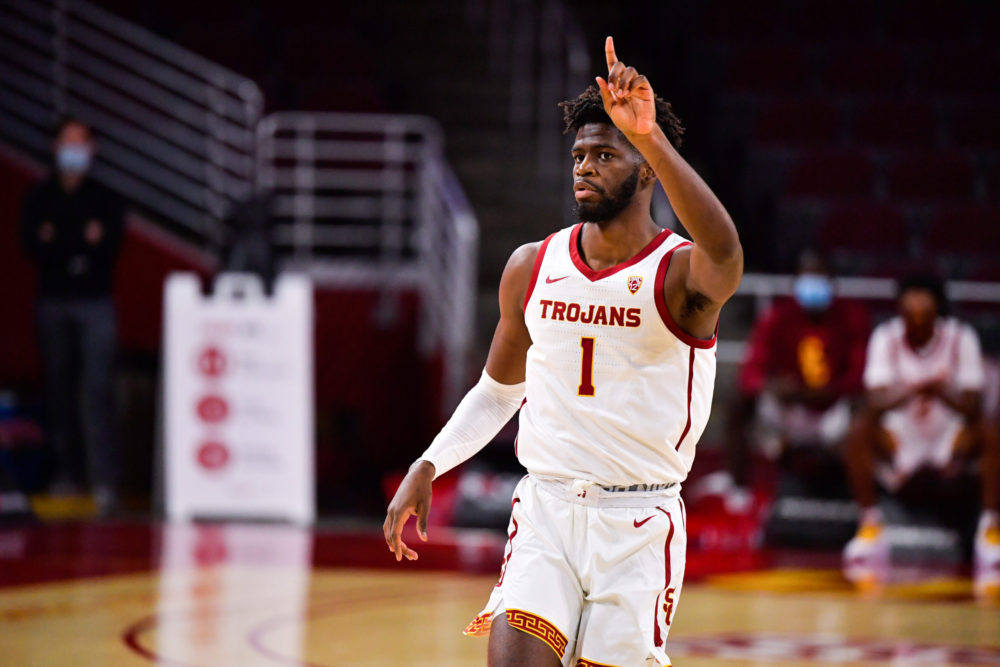 USC’s basketball program could undergo another significant shift this offseason. The Trojans have already lost Tahj Eaddy to the draft, will likely lose center Evan Mobley and could lose forward Isaiah Mobley as well. But the roster got some good news on Monday, as forward Chevez Goodwin announced that he will use his NCAA-granted extra year of eligibility

The 6-foot-9, 215-pound Goodwin was one of the key transfers to USC this past offseason. He came over from Wofford and gave the Trojans 5.6 points, 3.5 rebounds and nearly 15 minutes of energy and inside activity per game in helping USC reach the Elite 8.

At this point, USC is slated to return key contributors in Goodwin as well as Isaiah Mobley, point guard Ethan Anderson, forward Max Agbonkpolo and guards Drew Peterson and Isaiah White from last year’s team. Evan Mobley hasn’t officially declared his intentions to enter the upcoming NBA draft, but he is seen as a lock to do so. White could opt to begin his professional career as well.

USC will need increased production from young players in forwards Joshua Morgan and Boubacar Coulibaly and guard Reese Waters next year. Guard Noah Baumann has entered the transfer portal and will look to continue his career elsewhere.