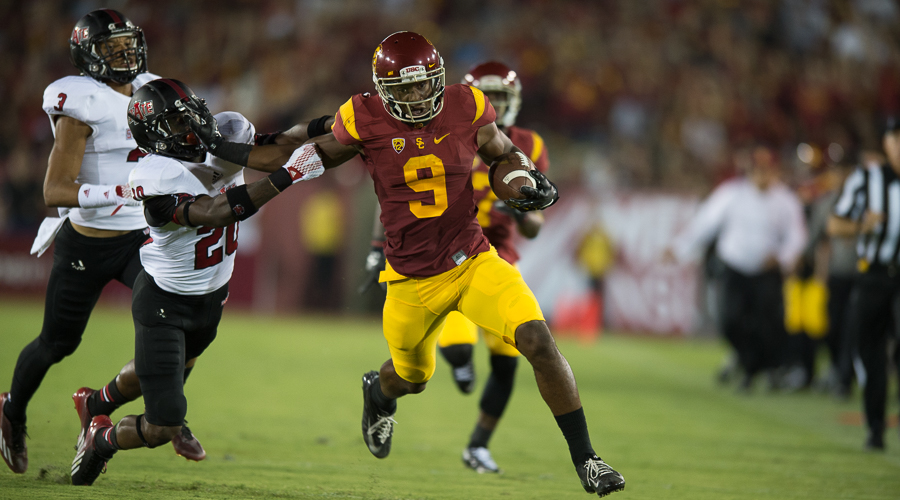 As the Trojans head into the bye week, here are some observations from the first four games of the season.

* Cody Kessler has been who we thought he would be. The senior quarterback has guided the USC offense with relatively few mistakes while putting up impressive numbers (completing 73 percent of his passes for 1,297 yards with 15 touchdowns and one interception). The remaining games on the schedule offer plenty of opportunities for Kessler to put a stamp on his final season, both in terms of team and individual goals.

* The running game has shown good production and depth after settling on a three-man rotation of Tre Madden, Justin Davis and Ronald Jones. Each has shown flashes of big-play runs (the trio is averaging a collective 6.8 yards per rush) and it appears as if they are capable of carrying an even bigger load if called upon more often.