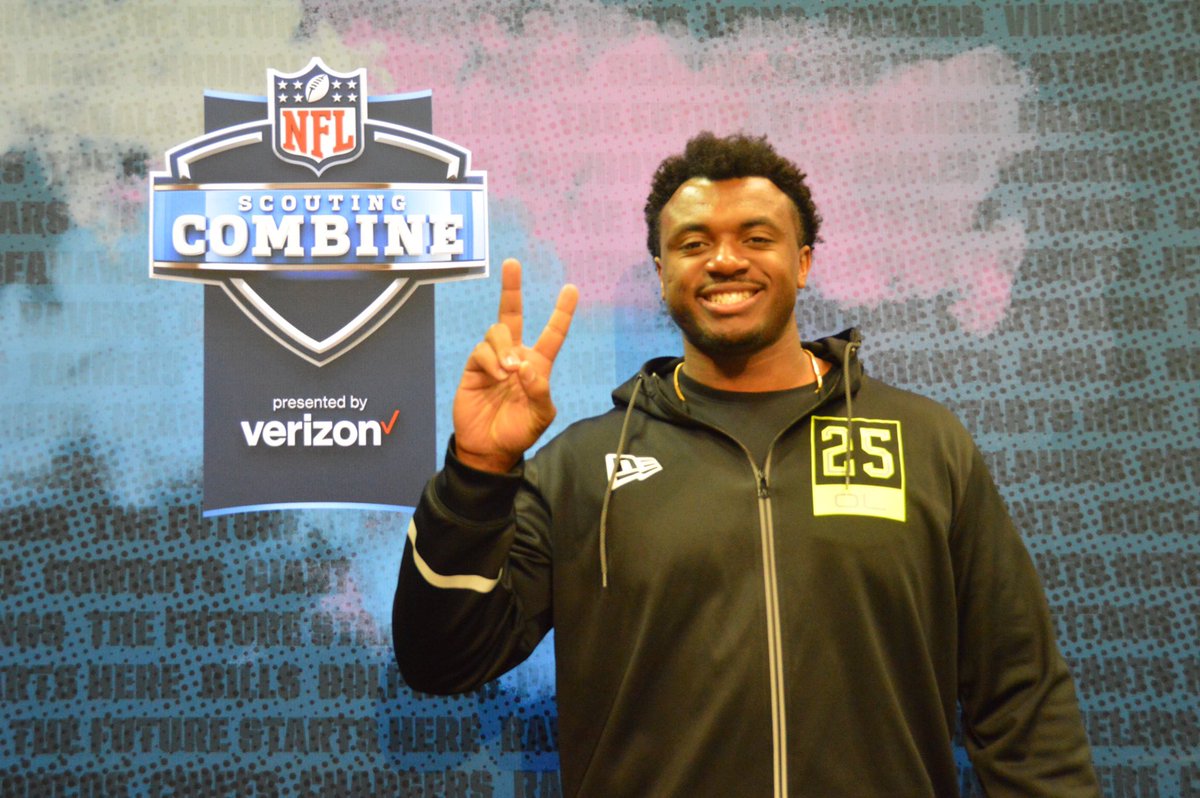 With the NFL Draft set to begin on Thursday, here is a look at USC’s success in the first round, as the Trojans are hopeful to add another early pick or two to their tally.

* USC and Ohio State jointly hold the record for the greatest number of first round draft picks (81). Ohio State will have defensive end Chase Young and cornerback Jeff Okudah drafted in the first round this year, according to most Mock Drafts. Running back J.K Dobbins might be a late first round candidate according to some.

USC offensive tackle Austin Jackson might be a late first round draft pick according to many mock drafts and very few mock drafts have USC wide receiver Michael Pittman going in the first round in a deep WR class. So, 2020 will most likely be the year USC loses its grasp on the No.1 spot in terms of total first round selections.

* Heading into the 2016 NFL Draft, USC held a comfortable lead over Ohio State in terms of overall first-round selections. To that point, he Trojans had 79 players taken in the first round, compared to 69 for the Buckeyes. But while USC has produced just two first-round picks in the 2016, ’17, ’18 and ’19 drafts combined, Ohio State has had at least two first-round picks in each of those drafts, including five in the 2016 edition.

* USC’s first two first-round picks came during the 1940 NFL Draft, as the Trojans had two quarterbacks selected. The first Trojan to be selected in the first round of the NFL draft was Doyle Nave, who was selected sixth overall by the Detroit Lions.

Nave earned his USC legacy by coming off the bench as a fourth-string quarterback to find Al Krueger for a touchdown in a 7-3 Rose Bowl win against a previously unbeaten and unscored upon Duke team.

But Nave bypassed an NFL career and instead became a Navy officer.

Following Nave in that same draft, fellow USC quarterback Grenny Lansdell (whom Nave replaced in that Rose Bowl win) was selected by the New York Giants as the No. 10 pick. He led USC in pass yards from 1937 -1939 and in rush yards from 1938-1939. In his only NFL season, he appeared in two games, rushing for nine yards on seven carries and completing 2-of-3 passes for 23 yards.

Lansdell joined the U.S. Army during World War II and never returned to football. After the conclusion of the war, he piloted flights for Transworld airlines for more than 30 years.

* The Trojan position group with the least number of first round draftees is tight end with two. Bob Klein was taken 21st overall by the Los Angeles Rams in 1969 and Charles Young was taken sixth overall by the Philadelphia Eagles in 1973.

* The Trojan position group with the greatest number of first round draftees is the offensive tackle. USC has had 20 tackles drafted in the first round thus far. The first was Ron Mix, selected tenth overall by the Baltimore Colts in 1960. The most recent was Matt Kalil, taken fourth overall by the Minnesota Vikings in 2012.

* Since 1967, every USC national championship winning team has had a future first round pick starting on the offensive line.

* Since 1960, the most number of consecutive years USC has not had an offensive linemen draft in the first round is 11, from 1997 to 2007, when Sam Baker broke the drought. USC’s current streak is at seven years and counting. Prior to 1997, USC’s longest drought was also seven years, from 1961-1967, until Ron Yary and Mike Taylor were both drafted in the first round of the 1968 draft.

* Somewhat surprisingly, Pete Carroll has only had one first-round offensive lineman drafted during his tenure at USC, as Sam Baker went 21st overall to the Atlanta Falcons in 2008.

* The Detroit Lions and New York Jets have selected the most former Trojans in the first round of the NFL Draft, with six each. And the NFC North overall has selected the most Trojans, as the Green Bay Packers and Minnesota Vikings have each drafted five, and the Chicago Bears are right behind, having picked four former USC players.

Other First Round Picks:
Bobby Robertson – No. 7 overall in 1942 to the Brooklyn Dodgers