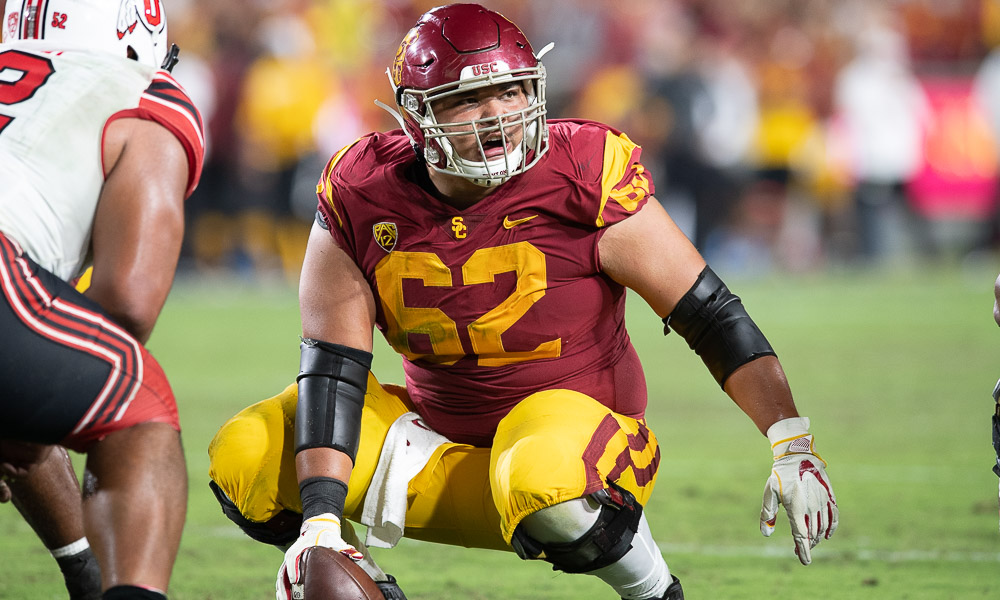 USC coaches might still be trying to figure out a starting offensive line that gets their five best players in the right order, but it’s clear they’re set at center. Redshirt junior Brett Neilon was named to the Rimington Award Watch List on Wednesday. The Award is given annually to the nation’s top center.

Offensive coordinator Graham Harrell spoke earlier this week about what Neilon means to the offensive line and to the offense overall.

“We rely a lot on Brett,” Harrell said. “Brett has to do a lot–that center in general has to do a whole lot of things–trying to get five guys to play as one, and when you’re doing that, you have to have one guy who can get everyone on the same page and make sure we’re all pulling the rope in the same direction. That’s Brett’s job.”

Neilon started 11 games for USC last season but missed the Cal and UCLA contests after leaving the Arizona State game with a strained calf. His other career start came in the 2018 season-opener, when he filled in for an injured Toa Lobendahn in a win against UNLV.

Neilon is part of a 2017 recruiting class for the Trojans that had a big say in the offensive line last season and will again potentially decide just how good this USC offense can be. Neilon is joined by Alijah Vera-Tucker, Jalen McKenzie and Andrew Vorhees as the remaining four linemen from that class after Austin Jackson left early for the NFL as a first-round pick. It would not be surprising to see all four of those players wind up as starters along the line.