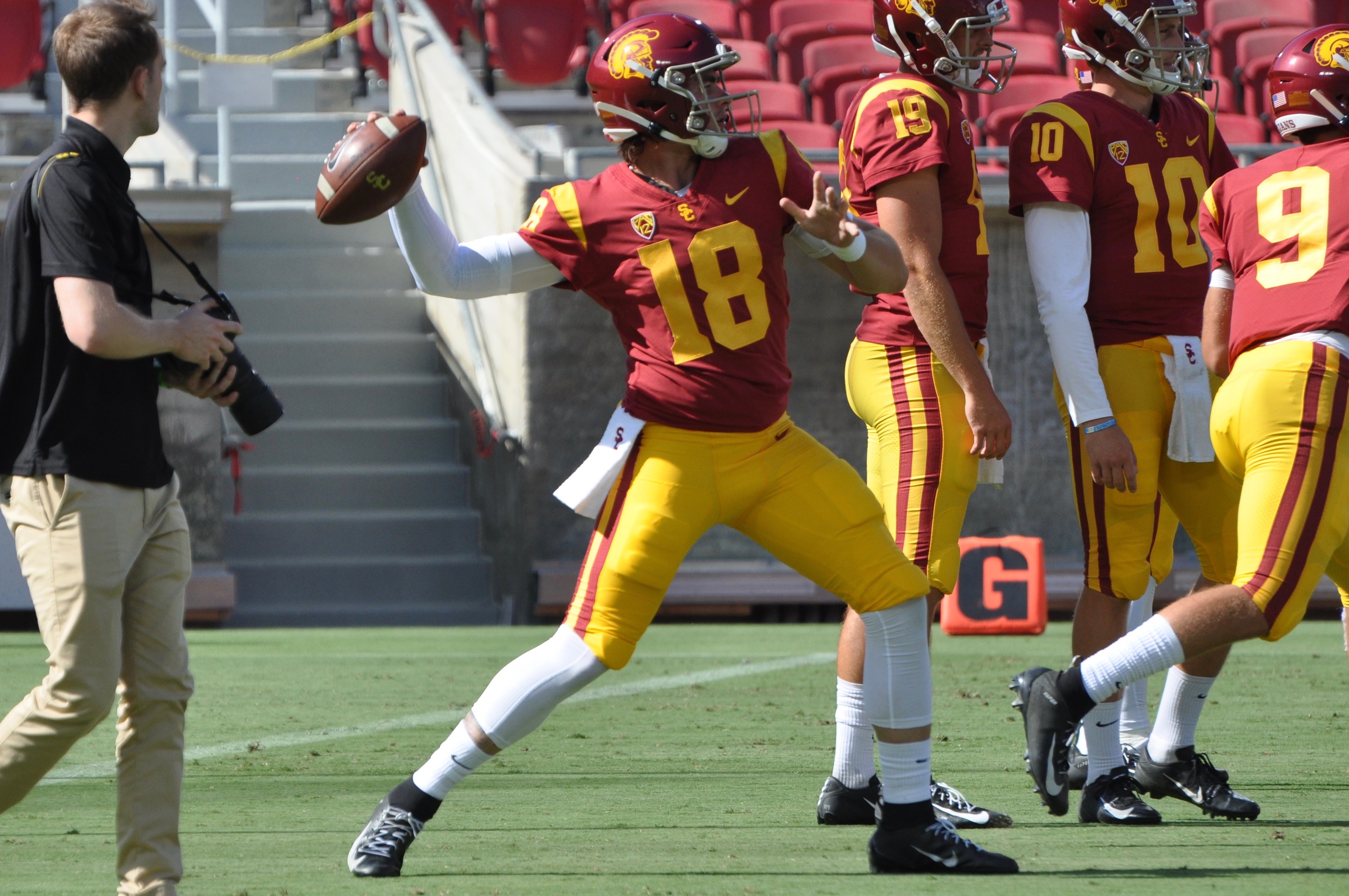 USC Trojans’ head coach Clay Helton announced after Tuesday’s practice that sophomore JT Daniels (photo above) will again be the starting quarterback for the Trojans when they face defending Mountain West Champion Fresno State Bulldogs on Saturday evening, Aug. 31, in the season opener for both teams on United Airlines Field at the Los Angeles Memorial Coliseum.

Helton also announced the quarterback depth chart to open the season by naming true freshman Kedon Slovis as Daniels backup followed by junior Matt Fink and sophomore Jack Sears. While Fink and Sears have game experience, No. 2 Slovis has yet to take a snap in a college football game.

None of the quarterbacks were available for comment following Helton’s announcement.