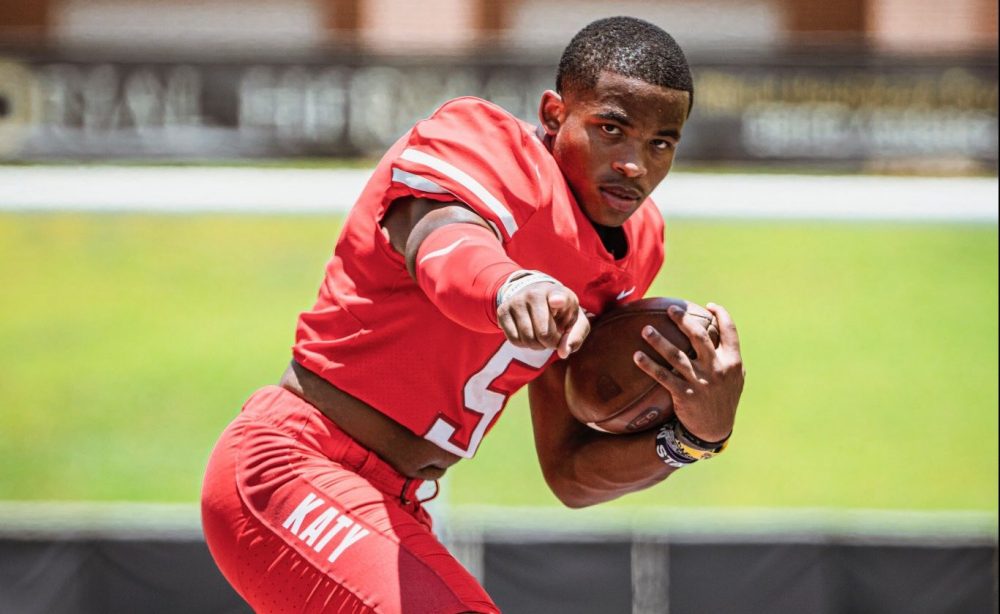 One of the central pieces of the Trojans’ 2021 recruiting class plans to enroll early at USC, as running back Brandon Campbell (Katy, Tex./Katy) announced his intentions on Wednesday evening.

Campbell actually went a step further, as he announced that he will also sit out his senior football season.

“During this pandemic, there have been a lot of uncertainties,” Campbell wrote in a tweet. “In the midst of it, I have decided to forego playing football my Senior Year. It was a difficult decision, but my health and my family’s health is most important.”

Campbell added that he will spend the fall preparing himself mentally and physically to begin his USC career in January.

This was supposed to be a big senior season for Campbell, the 5-foot-10, 190-pound back who has bounced around high schools a bit but landed at a powerhouse in Katy. Campbell told VYPE Houston that the combination of the Pac-12 postponing its fall season and his high school season being delayed by a month fed into the decision, but he’d been thinking about it before that.

Campbell said he’s spoken with USC running backs coach Mike Jinks about the decision and told VYPE Houston: “We are going to be able to come in there and still workout, still take classes. The only difference is, they are going to be playing football around that time. They said you’d probably be able to travel with the team and get a feel for everything. [Jinks] did say if they did let us play in the spring, if I was ready and they feel like I’m ready to go, they’d definitely stick me in there.”

Campbell is a big piece of this recruiting class as the Trojans absolutely need to land at least one and probably two tailbacks in this class. Stephen Carr, Vavae Malepeai and Quincy Jountti are seniors and aren’t scheduled to be on the 2021 roster (though things are certainly up in the air as far as eligibility with the postponement of this season). If they don’t or can’t return, that would leave just Markese Stepp and Kenan Christon as scholarship tailbacks on the roster.

As a junior at Pearland (Tex.) last season, Campbell rushed 116 times for 883 yards and 19 touchdowns. He’s a do-it-all back who can serve as a threat out of the backfield in the passing game and carry the ball between the tackles.