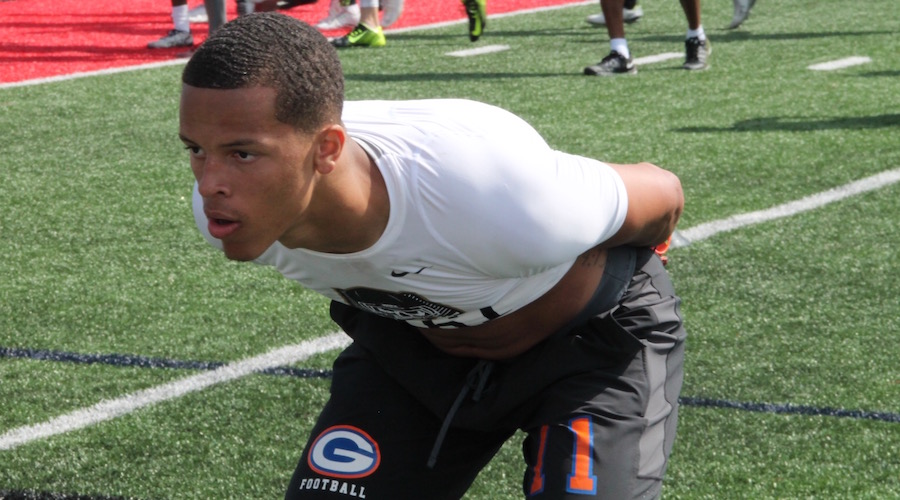 The Trojans received one verbal commit during the Army Bowl when safety Bubba Bolden announced that he would attend USC, which brings things full circle for Bolden after committing and then de-committing early in the recruiting process.

Bolden (6-3, 190) is ranked as the #149 player in the country by ESPN and has been part of the Bishop Gorman program where he never lost a game at the high school level. He’s a physical player who also is active in making plays.

Bolden had taken an official visit to Ohio State (3 other Bishop Gorman players are Buckeye commits) and there was a lot of late talk about ASU as well, where another good friend from Gorman is a commit.

There had also been a lot of recent talk about the possibility of Darnay Holmes committing to USC but he gave a commitment to UCLA during the game, and it’s no secret that the decision was influenced heavily by the family relationship with Bruins defensive backs coach Demetrice Martin (who grew up in Pasadena with Darnay’s father, Darick). It was even referenced during the TV broadcast that the decision involved a last-minute change, which was an indication that the USC rumblings had merit, and it’s not a small loss for the Trojans considering the type of talent that Holmes has.