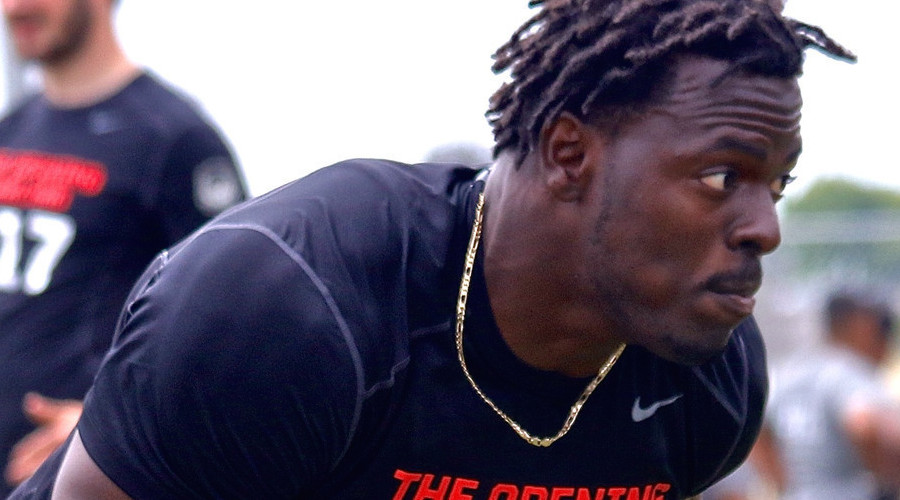 Merry Christmas to the Trojans.

In a move that had been rumored more and more in recent weeks, Serra defensive end Oluwole Betiku has given a verbal commitment to USC.

Betiku, ranked #21 in the ESPN 300, becomes the highest-rated USC commit in the class and a key building block on the defensive line. At 6-4, 245 with some of the most impressive raw skills in the class, Betiku is a former UCLA commit who instead decided to join several other Serra classmates with the Trojans.

His story is a unique one, as profiled here, and the fact that he is so new to football means his potential for future is off the charts. The Trojans now have four defensive line commits to go along with Keyshon Camp, Keanu Salepaga and Liam Jimmons. Betiku plans to be at USC in spring as an early enrollee, which means he will be able to take part in spring ball.