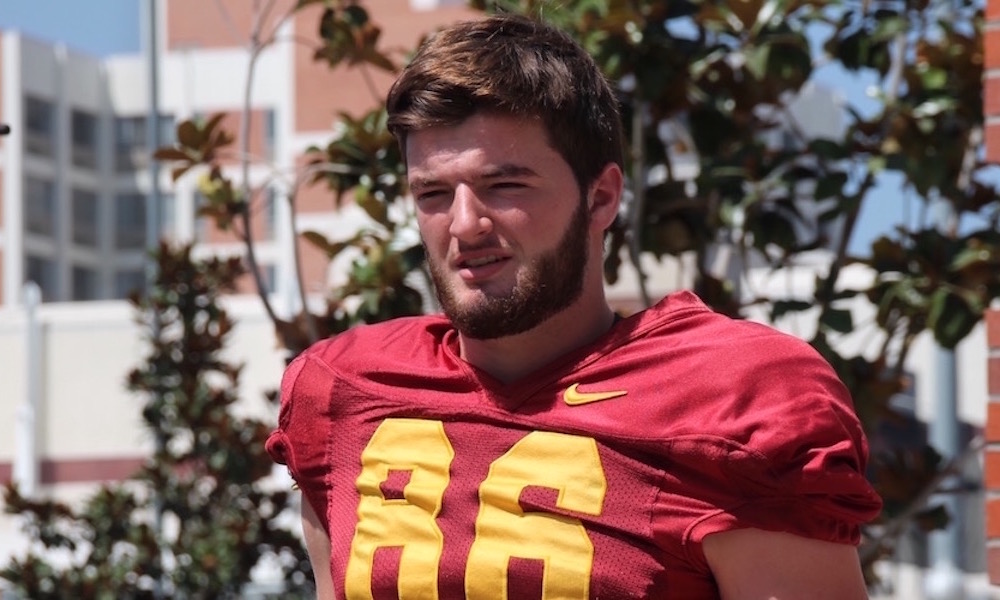 Angeline (6-7, 240) has been expected to be part of the rotation this fall after redshirting last year and being named Service team offensive player of the year. He brought great height and good athletic ability, and definitely made his share of plays on the practice field. Once the season began, however, his playing time was limited and he didn’t have any catches through the first four games (while taking part in two).

There was no further reason given for the departure, or where he might be headed next. Angeline came to USC from Dowington East HS in Pennsylvania.

That leaves the Trojans with four scholarship tight ends on the roster; Daniel Imatorbhebhe, Tyler Petite, Josh Falo and Erik Krommenhoek. Walk-on Austin Applebee is also available. Imatorbhebhe is sitting out now with a hip/groin/thigh injury and no expected return date, and Petite has been the leading receiver so far with 12 catches for 126 yards and a touchdown.