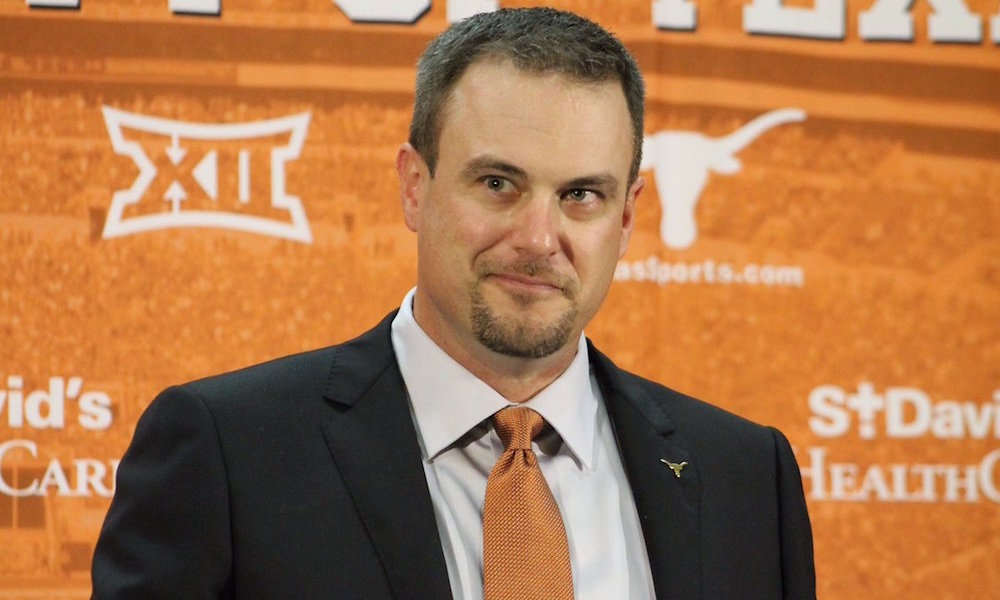 It will be the Texas Longhorns coming to town on Saturday to face a Trojan team that thinks they found their identity last week in the victory over Stanford.

The Trojans put up over 600 yards of offense on the way to a 42-24 victory, which included the ability for USC to run the ball and stop the run, and it was the type of physical performance that brought back memories of Trojan football past.

As for the Longhorns, it’s hard to judge where they stand right now. They are in the first year of a coaching transition with Tom Herman now in charge, and his background is impressive enough to think he can eventually succeed with Texas-level talent. They lost in the season opener to a Maryland team that is mid-level Big Ten quality, and then beat up on an overmatched San Jose State team last week (they also gained over 600 yards of offense, 411 on the ground).

Judging from Clay Helton’s words he has a lot of respect for what Herman does offensively in terms of using the entire field. I still look at Herman (OC/QB coach) as the key factor of what Ohio State did with managing three quarterbacks on the way to a national title, and he produced a 13-1 record and top 10 finish in his first year as head coach at Houston. His career arc has been so good that many around USC were tossing his name out there as a potential choice before Helton settled into the job.

On offense, sophomore Shane Buechel, a pocket passer who also started last year as a true freshman, started the opener and has over 3,000 career passing yards already under his belt but he missed last week with a shoulder injury and true freshman Sam Ehlinger stepped in and performed well with 222 passing yards and 48 rushing yards. Ehlinger grew up in Austin and played at local power Westlake. It’s unclear which one the Trojans will face this weekend but the speculation around Austin is that Herman wants a running quarterback for his RPO system, which would seem to indicate Ehlinger.

They lost Doak Walker Award winner D’onta Foreman to the NFL but still have a strong running back situation including a 250-pound thumper in Chris Warren, who has 197 rushing yards this year and over 1,000 in his career, along with sophomore Kyle Porter (220 pounds) and a pair of talented true freshmen in Toneil Carter and Daniel Young.

Reggie Hemphill-Mapps is tied for the team lead in catches and returned a punt for a score against Maryland.

There is also a returning consensus All-American OT in junior Connor Williams, who is only the 4th sophomore in school history to receive First-team AA honors. The line returns 76 starts (USC returns 78 this year) and every starter on their line has started at least six games.

It stands to reason that the Trojans offense should be able to put up some points against a Longhorns defense that has yet to really find their way under Todd Orlando, who enters his 3rd year with Herman as his DC. The Texas secondary was a weak spot leaving San Jose St receivers open but Spartans couldn’t capitalize, don’t expect Sam Darnold to have that problem. Holton Hill at corner has played well (interceptions returned for TD in back-to-back games, and also has a FG block returned for a TD) but safety play has been a concern.

Malik Jefferson, perhaps the signature recruit of the Charlie Strong era, is the leading tackler on the team at linebacker, while the DL is the strong suit of the defense (Poona Ford is a senior leader in the middle). Don’t be surprised if the Horns try to load the box to slow the Trojan run game which, again, leaves them vulnerable to Darnold and the USC receivers.

Michael Dickson was the Big 12 Special Teams Player of the Year in 2016 when he had a school record 47.4-yard punting average.