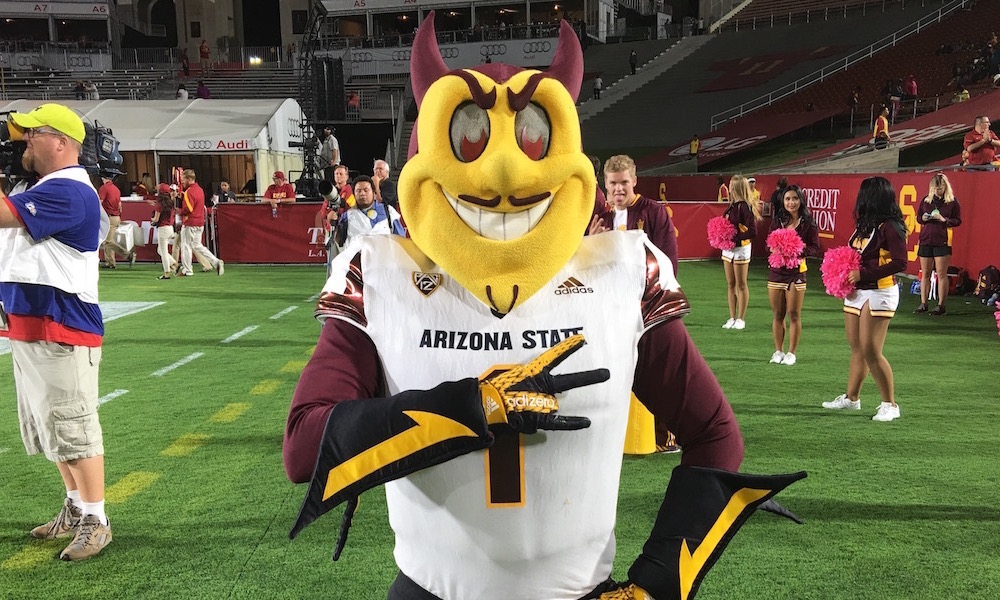 After one of the most resounding defeats in the USC vs Notre Dame series, the Trojans must regroup and head on the road again for another physical match-up with the resurgent ASU Sun Devils.

There’s no other way to describe the turnaround in recent weeks for the Devils, which has been led by a defense that was a sore spot earlier in the season. ASU gave up 549 yards in the season opener to New Mexico State, and two weeks later gave up 615 to Texas Tech. Stanford’s Bryce Love set a school rushing mark with 301 yards. At one point the Devils were last in the nation in third down conversions.

Over the last two weeks, however, against two of the better teams in the conference, things have come together in key wins. They held Washington to 230 yards, Utah to 265. There have only been two touchdowns allowed in those two games. There have been no plays given up over 25 yards, and only two over 20 yards.

That kind of defensive momentum will be in contrast to the USC offense, who was unable to get a run game going against the Irish, a common theme so far this season. And the Trojans will have a quarterback in Sam Darnold who is battling an ankle injury, which will only add to the pre-game storylines about this battle for the top of the Pac-12 South standings.

On offense, the Devils have more of a ground-based attack under first-year coordinator Billy Napier (spent last 5 years as Alabama WR coach) and the running backs are familiar ones in seniors Demario Richard and Kalen Ballage (both have over 3,000 career all-purpose yards and over 25 TD’s). The top wide receiver is N’Keal Harry (51, #12 in nation) and followers of USC recruiting remember him well as an elite target for the Trojans. The quarterback is Manny Wilkins and as would be expected for an ASU QB he is a dual-threat who has been efficient throwing the ball, Manny is hitting 66% of his passes (#14 in nation) and has 156 completions (#20 in country).

It will be another test for the middle of the USC defense, which has not fared well the last two weeks against Zach Moss of Utah and Josh Adams of Notre Dame. There is no word yet on if Josh Fatu will be able to play for the Trojans after being in concussion protocol since last week but he would be a welcome addition.

It will take more than Fatu, obviously, to completely fix what we saw from the Trojans on Saturday. It’s hard to imagine the change of fortunes that we’ve seen for these two teams in recent weeks. It wasn’t too long ago that the Sun Devils were sitting at 2-3 with plenty of speculation about Todd Graham’s job status, while the Trojans were riding high with a double digit win streak and top-5 ranking.

Those days are no more. Now the two teams play on Saturday each with a shot at the Pac-12 South title but with momentum headed in different directions.

Clay Helton talked early in the season about his hope that the Trojans would get better each week and eventually peak to playing their best football as they head into November. Well, we are heading into November, and I don’t think anybody is saying the Trojans are playing their best football these days. The Sun Devils are. Let’s see how the teams match-up on Saturday.