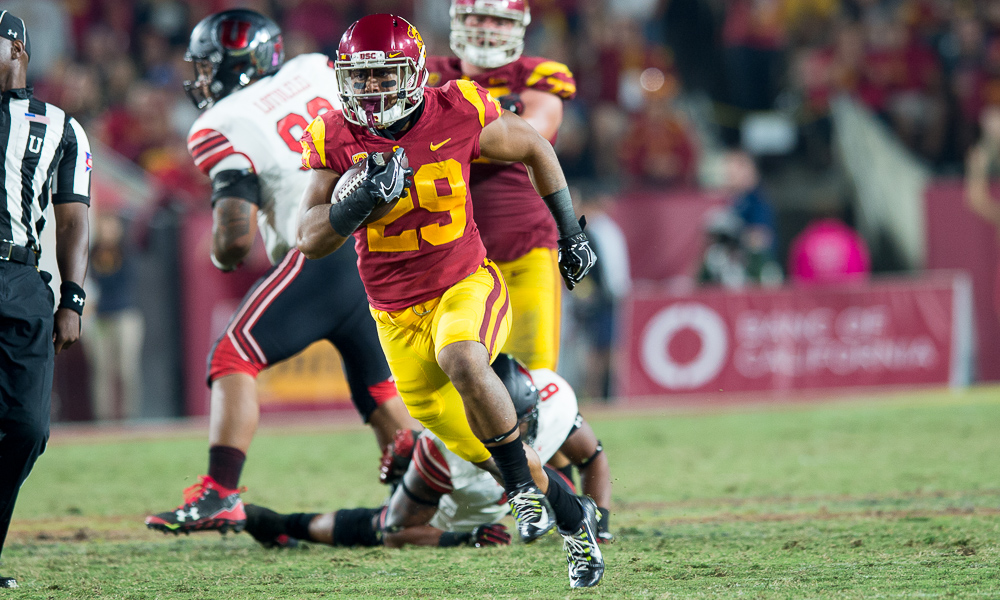 Here’s a look at how the Trojans depth chart could look heading into spring ball next month.

This is a real opportunity for two guys who have been in the system and believe they are ready to take over. It’s also an extremely important time to get a jump on the fall arrival of JT Daniels. Look for Fink to enter spring taking #1 reps based on seniority, but you can be sure new position coach Bryan Ellis will give both guys equal looks.

It’s a solid three-deep that should be led by Carr, who showed enough in his freshman year to think that he is prepared to be a lead back. Ware and Malepeai are more than capable of playing a lead role if needed, and it will be interesting to see how the new position coach works with the group.

Vaughns and Pittman are certainly set as two of the three starters, while a third starter needs to be found with the departure of Deontay Burnett. Trevon Sidney probably gets first shot but things are very up in the air there, at least until Amon-Ra St. Brown arrives in the fall. Don’t be surprised if Grimes makes a big move in spring.

If everyone is healthy this could be one of the most productive position groups on the team under new position coach Keary Colbert. The return of Imatorbhebhe to full health would go a long way toward breaking in a first year starter at QB.

A lot of familiar faces but some movement too. Lobendahn moves back to his natural position of center, while Jackson takes over at the all-important left tackle spot. The other three starters return, so who will provide the key levels of depth?

I’m moving Rector back inside for purposes of this depth chart but it’s entirely possible he stays on the outside based on the production he saw in that spot. Tremblay offers a nice veteran option if Clancy wants to keep Christian outside.

I’m doing some more projecting here, this time with Iosefa flipping sides to take over for the loss of Nwosu, which is something I could see happening with Porter Gustin back from injury. Behind the starters there is a lot of opportunity for reserves looking for playing time.

There’s little doubt who the leader of the group is with Smith but Levi Jones is one guy that I think can show more this spring (maybe even at the Will spot in competition with Houston). It remains to be seen how much we will see from Katoa as he returns from injury.

All three starters return but a lot can be settled behind them. What is status of Cook and Ross? Where are Johnson, Godfrey and Lockett coming back from injuries? I’m particularly interested to see where Johnson can fit in the mix, I liked his game before he got hurt.

Tell returns as the leader of the group and he will have a new starter next to him, Bolden figures to get the first look but keep an eye on Hufanga to see how quickly he can make an impact as an early enrollee.