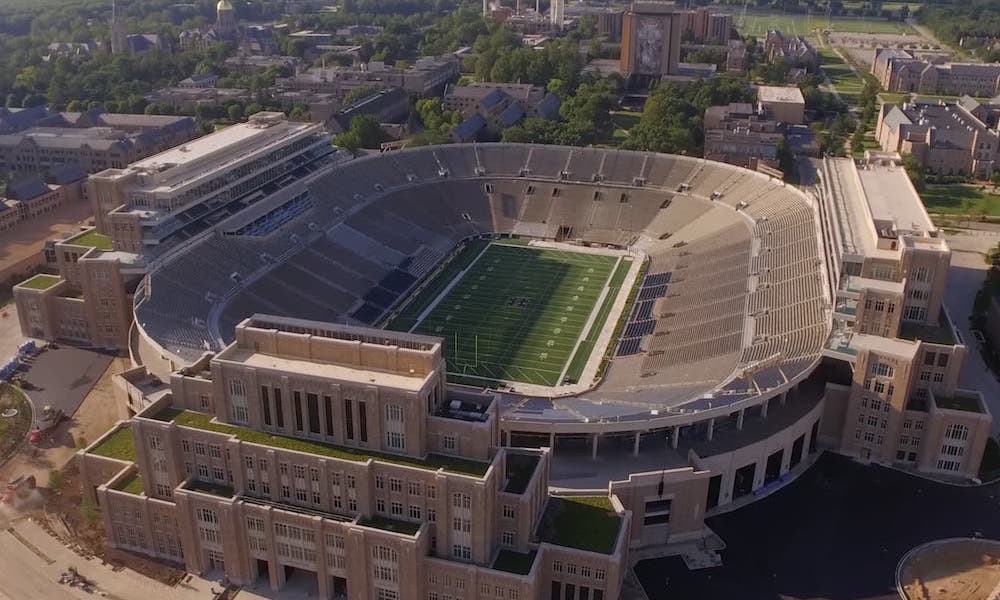 It’s Notre Dame week, and that statement alone is enough to get any Trojan fan fired up.

It will be the 89th time the two teams have met with the Trojans having won 11 of the past 15 meetings, with the last trip to South Bend being a loss just six days after Clay Helton had been named the interim head coach.

There is a very similar storyline for both programs this year, as USC comes in at 6-1 and ranked #11 while the Irish are 5-1 and ranked #13, and yet while both teams have seen some success so far there have been issues that leave both fan bases wondering just how good they are.

For the Irish, this is Brian Kelly’s 8th season and after a low mark 4-8 season in 2016 he’s hoping to have turned things in a good direction with changes on his coaching staff, particularly at both coordinator spots. The high point of the season was a victory on the road against Michigan State although some would argue a one-point loss to Georgia was more impressive considering how good the Bulldogs look so far this year, and then there are predictable wins over the Temples and Miami of Ohio’s of the world.

It’s the second half of the season that ND observers say will tell the truth about their team with a stretch that starts with the Trojans and includes games against NC State (#16), Miami (#8) and Stanford (#22). One ND fan compared the apprehension of what awaits the Irish to Charlie Brown waiting for Lucy to pull away the football.

On offense, the Irish are looking to run (5th nationally in rush offense) to set up the pass with a standout bruising tailback in Josh Adams who is averaging 130 yards per game on the ground. He does it behind a line that is big and can be dominant at times, but they’ve also been inconsistent. QB Brandon Wimbush is a true dual-threat quarterback with 8 TD’s on the ground vs 6 through the air. The top pass catching options for Wimbush have been WR Equanimeous St. Brown and TE Alize Mack, a pair of tall targets.

On defense, the Irish are 15th nationally in scoring defense giving up only 16 points per game and there is a lot of optimism for what new coordinator Mike Ecko has done. The linebacker trio is a strength with Nyles Morgan (44 tackles), Te’von Coney (42 tackles) and Greer Martini (39 tackles). How the USC run game fares against this group and a big ND line could be the key, in the last 12 USC-ND games the team that has run the ball for more yards has won the game.

Here’s a note of commentary. One of the reasons that this rivalry is unique is because of the mutual respect and tradition at both schools. Don’t get me wrong, we know things are going to be physical when the Trojans and Irish get together but last season there were two actions from Notre Dame defensive tackle Jerry Tillery, with his stepping on Zach Banner’s foot and kicking Aca’Cedric Ware in the head while both players were down, that simply were not worthy of what this rivalry represents. I wish Tillery absolutely no harm in this game but I wouldn’t mind a little extra physicality when the Trojan run game is headed in his direction.