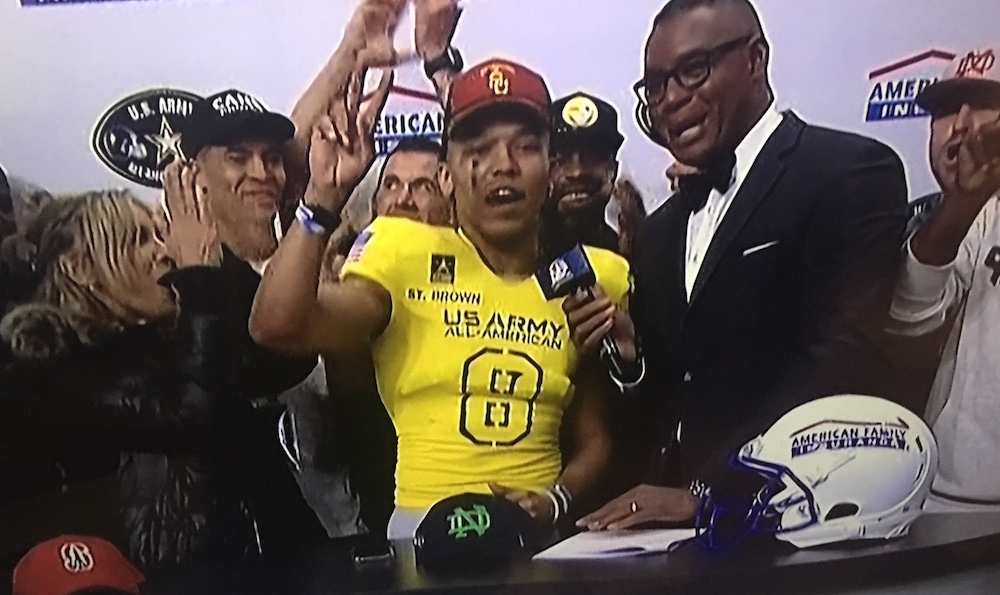 The Trojans picked up a huge verbal commit during the Army game when Mater Dei wide receiver Amon-Ra St. Brown announced that he would attend USC.

St. Brown (5-11, 195) is one of the top playmakers in the country and ranked as the top WR in the nation after catching 72 balls for 1,320 yards and 20 touchdowns for the national champion Monarchs.

He chose USC over Notre Dame and Stanford.

Amon-Ra will join his Mater Dei QB JT Daniels as part of the USC class of 2018.