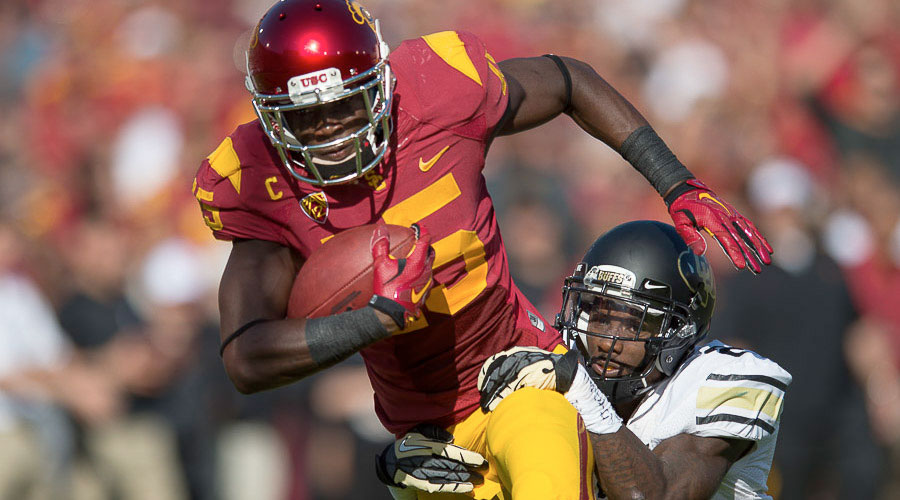 It has been quite a two-game stretch for Nelson Agholor. Against Washington State two weeks ago Agholor set a career-high with 220 receiving yards, and he backed that up on Thursday night with 216 yards against Cal on 16 catches with a pair of touchdowns. It was the first time in USC history that a receiver had two straight games with 200 yards. Granted, both WSU and Cal are ranked among the bottom five in passing yards allowed in the nation — the Bears are dead last — so there needs to be some context to those marks, but it doesn’t take away from the play-making ability that Agholor has shown in these games.