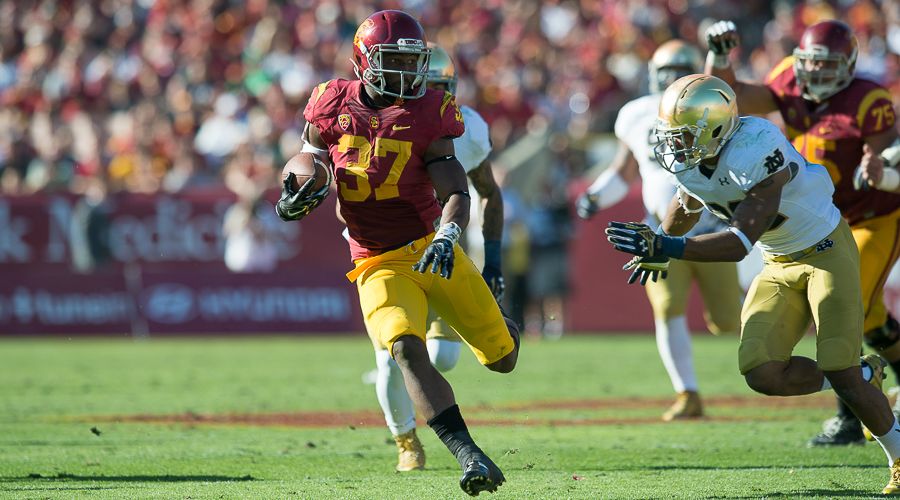 LOS ANGELES — Thankfully for USC Trojans first-year head coach Steve Sarkisian, “7-win Sark” will not be the focal point of his first season, not after gaining his eighth win, a 49-14 clobbering of Notre Dame on Saturday in the Los Angeles Memorial Coliseum.

With the Trojans’ convincing victory over the Irish, Sark will be able to take the 7-win albatross off his neck at least till next season and concentrate on attaining a ninth win in a yet-to-be announced bowl game. A triumph in the upcoming bowl game would finish the Trojans’ 2014 season at 9-4, which would still be short of double-digit win expectations, but positive momentum heading into 2015.

Obviously a bowl loss and finishing the season at 9-5 would uproot all the positive cardinal and gold vibes that were gathered after handing Notre Dame coach Brian Kelly his worst loss of his five seasons in South Bend.

As for the immediate?