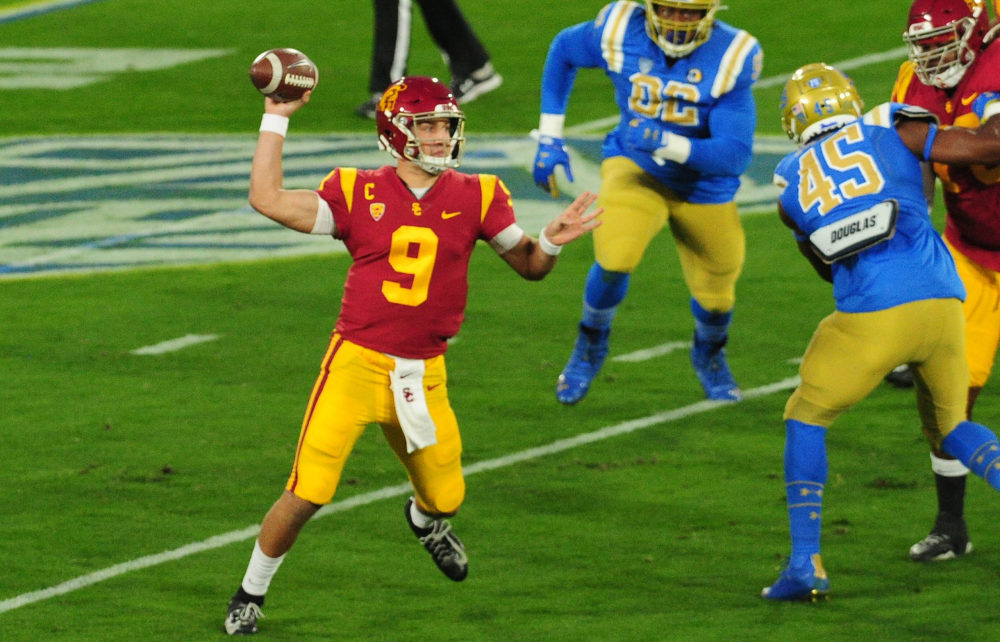 USC Trojans were awarded in three of the six Pac-12 Players of the Week categories following their 43-38 thriller against UCLA on Saturday night.

Quarterback Kedon Slovis was named Pac-12 Offensive Player of the Week after he threw for 344 yards and five touchdowns against the Bruins. He’s just the second quarterback to win the award in this shortened season, as Colorado running back Jarek Broussard and Oregon State running back Jermar Jefferson have each won it twice.

For the second time this season, a USC Trojan was named the Pac-12 Defensive Lineman of the Week, as Drake Jackson earned the nod. Jackson had five tackles, including 2.5 for loss, and one of the game’s big plays with a solo tackle on fourth down to stop a second-half UCLA drive. USC defensive tackle Marlon Tuipulotu won the award following his Week 1 performance against Arizona State and until this week, as the only Trojan to win in any of the six categories.

This is the second time this season that one team has taken three of the six awards, as Washingon did so in Week 3, with offensive lineman Luke Wattenberg, defensive lineman Zion Tupuola-Fetui and freshman quarterback Dylan Morris being named Freshman of the Week.

Washington leads the way this season with six player of the week awards, while Colorado and Oregon State have had five. Arizona State, USC and Utah now each have four.