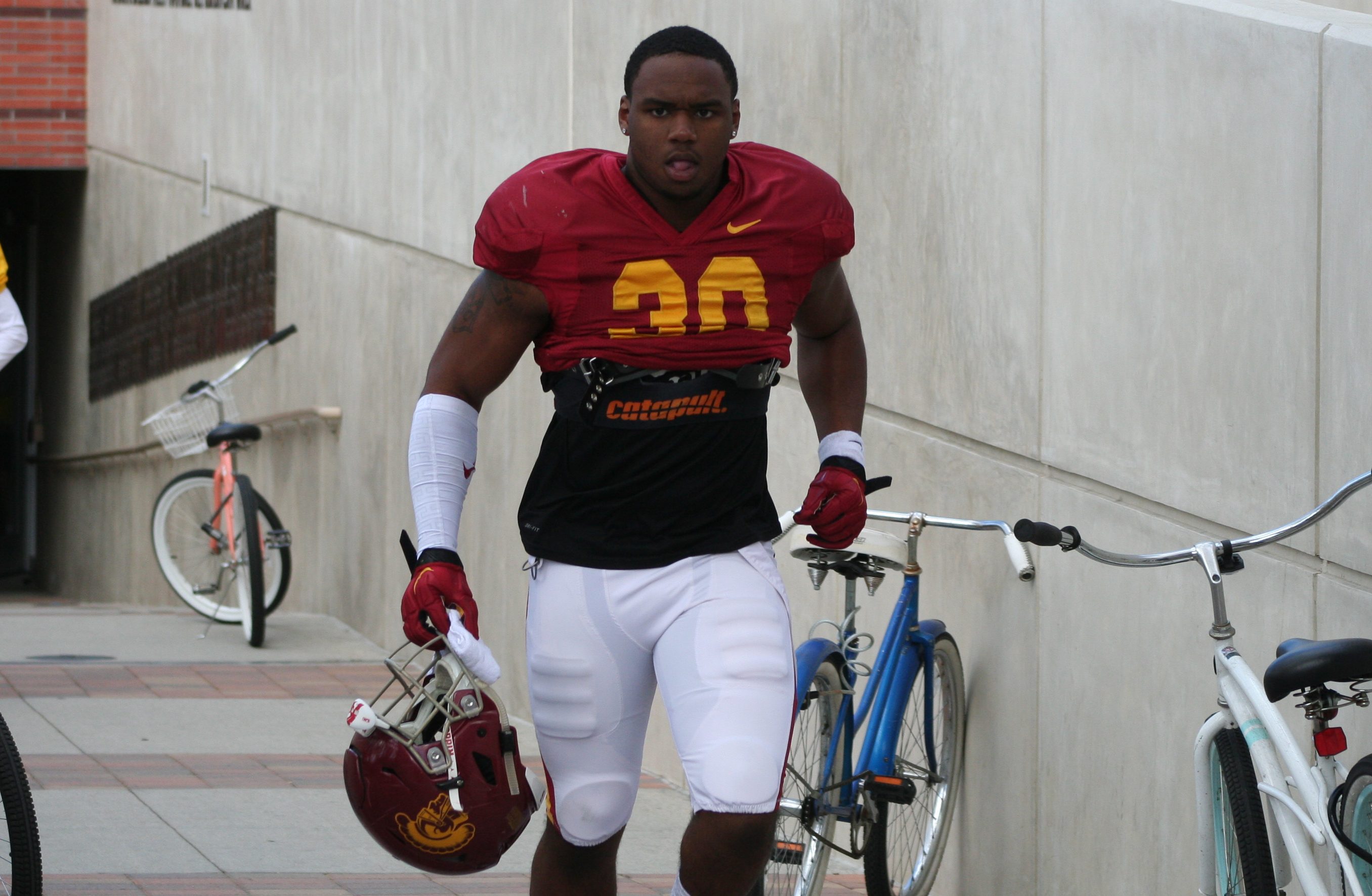 The hiring of Graham Harrell as offensive coordinator almost ensures that the focus of this year’s USC offense will be placed on the passing attack. Although his air-raid scheme has been the talk of spring ball, little is known as to what Harrell plans to do with the run game.

With the focus centered on how the quarterbacks and receiver groups are adjusting to Harrell’s new scheme, it seems the forgotten position group of this year’s spring training has been the running backs. Loaded with talent, the starting back for the upcoming season has yet to be determined as USC lost 2018 starting tail back Aca’Cedric Ware to the NFL draft.

The talented backfield group consists of junior Stephen Carr, redshirt junior Vavae Malepeai, and redshirt freshman Markese Stepp. The thickest of the bunch is the 230-pound Stepp, a physical back who has displayed that ability in practice on multiple occasions. On one occasion, Stepp pounded through what seemed to be nearly every defensive player for a 30-yard gain to put the offense inside the red zone.

The running back group has been busy this spring, as they’ve carried the load in the run game but are also asked to chip in with the passing game. And no running back has been busier this spring than Stepp, as Carr and Malepeai have missed time due to illness. Stepp has been one of the spring’s breakout players on offense, as he works to round out his game.

“I think my catching has improved a lot,” Stepp said. “I have been doing drills with Amon-Ra [St. Brown] and it’s something I’m really focused on.”

Harrell relied heavily on the passing attack at North Texas, but also utilized the Mean Green’s rushing game, as his 2018 offense averaged 305 passing yards and 150 rushing yards per game. In comparison to USC, which totaled 130 rushing yards per game in 2018. With USC facing far greater teams than North Texas did, it will be interesting to see if Harrell’s simplified scheme can improve the rushing attack numbers, despite facing a defensively-loaded Pac-12 conference.

“We are more explosive and way faster,” Stepp said. “It’s easier to learn, which allows us to just play.”

If history can tell us anything, it’s that USC’s best teams have displayed a powerful rushing attack and USC has been most dominant with a powerful and physical tail back. There is plenty of experience in the two older running backs, but as spring practice continues, Stepp has the opportunity to step into a significant role in this USC offense.