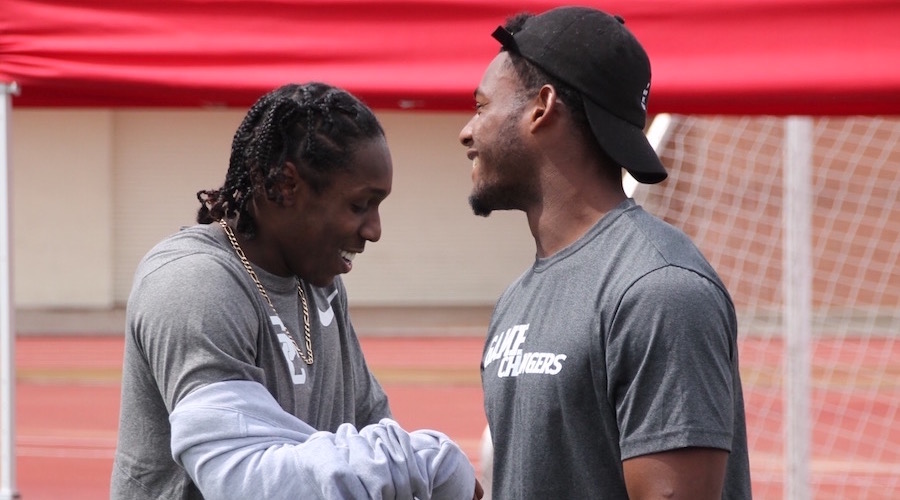 In this week’s edition of the mailbag we talk about the Trojans in the NFL draft, fall camp availability, running back recruiting and more:

GarryP , who all do you think get drafted this year and do we maintain our lead over the Domers?

First of all, I definitely think the lead is maintained over Notre Dame for the most overall draft picks, so that’s a good thing. I see 5-6 Trojans getting drafted (Adoree, JuJu, Banner, StevieT, Wheeler and probably Damien) with Darreus Rogers, Justin Davis, Taylor McNamara, Leon McQuay, Isaac Whitney and De’Quan Hampton being guys who could be late round selections or free agent signees.

Of the injured players who missed the spring game, how many do you see still being an issue come fall practice?

The two I would be keeping my eye on the most are Viane Talamaivao (bicep) and Toa Lobendahn (knee). Both are expected to be back around that time and ready to go, but considering they are two experienced starters I will feel a lot better about things when we actually see that happen.

With all the talented d lineman bku is bringing in do you see us going back to the 4-3 defensive or would cp have to leave for that to happen?

I think Clancy will use multiple defenses to fit the personnel that he has. We saw a four down lineman look at select times last year and, as you say, with the depth chart shaping up the way it is for the future it wouldn’t be a surprise to see it a lot more with so many good interior players.

Any idea why it takes so long for a decision on players like Price and Boermeister? Seems like it’s unfairly leaving them hanging as well as Helton and clan.

For Boermeester it is a situation that has been turned over to a student conduct issue with the university and that has been the way things are handled in recent years. It takes the case out of the hands of the football program, which basically takes a wait and see approach on if the player will return or not (I don’t sense much optimism that Matt will be back). With Price there are even fewer details on where he stands or if he might return. There are obviously student privacy concerns with the lack of information from the school as a reason why we don’t hear much in these cases.

Will Brown the place kicker handle kickoffs? Can he put them deep in the end zone?

Michael is scheduled to handle kickoffs and that was a strength of his in high school (in his senior year he hit 62 of 68 kickoffs for touchbacks).

Admittedly the answer to my question would take some research but what has been the correlation between the last five or six years recruiting rankings and the NFL draft? We have done well in recruiting class rankings but our first round NFL picks and total NFL picks have been weak. All you can do is give an opinion but I’d like to hear it.

I was talking last off-season with a well respected former Trojan player who had a long career in the NFL. He said the perception of USC players coming into the league had changed in recent years and he drew a direct line to the time when Carroll left and Kiffin took over. He said throughout the years it was known that if you drafted a Trojan you were getting a certain high standard of fundamentals and toughness, but that the standard of that measurement wasn’t the same lately. Is that somehow due to sanctions, culture, lack of development? I’m sure the answer is in there somewhere but I don’t think there is any one specific reason. It’s important to note that those issues were all part of the support that Helton received from the administration as head coach with the desire to change the culture and bring an element of stability in the program that had led things to change. We will see how that starts to translate to the NFL draft.

Damien Mama: Fifth round pick? Would you take the over or the under on that projection?

I would take that as the high end for Damien, I see him as a day 3 pick and anywhere in there would be good.

Hi Garry — with all these young and talented wide receivers flying around, there has been little talk of good ol’ Steven Mitchell. While I’m sure many would agree that his career took a little longer to take off than many would have liked, no one can argue he came on strong last year before his injury. To think of it, if he doesn’t tear the knee, maybe its him catching that game tying TD in the Rose and not Burnett…?? Anyways, other than being just a veteran with leadership, what do you expect Steve’s role to be this year if he comes back healthy?

I’m glad you mentioned leadership because Mitchell is a well respected veteran on the team and it would be a positive to get him back in that regard. I do think there would be a solid role in the rotation for him, especially since he showed some chemistry with Sam before he got hurt, but I don’t think he moves in front of Burnett. I just think Deontay offers an ability to work the middle of the field at a level that we don’t see from many receivers, Mitchell or otherwise.

Notre Dame, UCLA and Oregon all went 4-8 last year. I honestly just wanted to point this out once again for my own enjoyment… but with that being said, which one of these teams rebounds and gives us the most trouble next year? The new Oregon coaching staff? A night game in South Bend? Or the return of the anointed Josh Rosen?

I don’t know where the Oregon program will be this year but I do think they are the coaching staff to watch of those three opponents. They have struck a chord with a lot of recruits and high school coaches, and Taggart in particular is impressing a lot of people.

In Round Table article this week only one of you (Helix) identified a running back in your respective top 5 (Keaontay Ingram).. The question is why this was the case. Is it because there aren’t any outstanding RB’s (comparatively speaking)? Or the Trojans don’t need an RB as much as other positions mentioned? Or something else?

A big reason I didn’t list a running back is that we were limited to 5 players for that particular roundtable question. I would like to take a running back in this class but I don’t have any backs that make my top 5 priority wish list. Last year Stephen Carr would have been on that list, probably right at the top.

Garry: What are your thoughts on 10th coaching position? I’ve got mine as you know!! KB

Kevin – Right now all 3 coordinators also coach a position group so I think you could choose any one of those spots in order to allow the coordinator to focus on those responsibilities (Tee OC/WR, Baxter ST/TE, Clancy DC/LB)