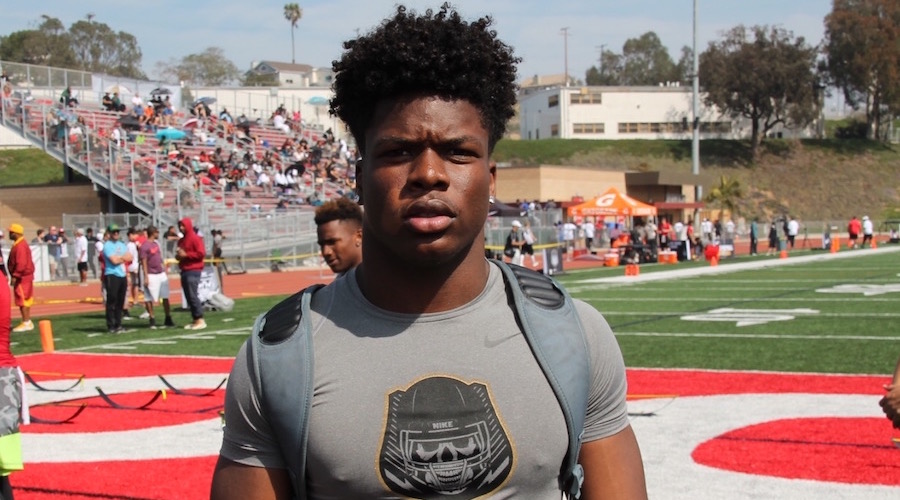 This could be the biggest test of the season for both teams, who are heavily favored to win their respective leagues. USC running back commit Stephen Carr (photo above, 298 yards through two games) leads the way for Summit against the alma mater of former USC basketball player Gerry “Sir Jamalot” Wright.

A pair of USC commits will be on the same field with Wylan Free playing both sides of the ball for Lynwood, while Hunter Echols will be at defensive end for Cathedral.

It will be a battle of the 1-2 ranked teams in the nation, according to MaxPreps. The game will be televised Friday at 7:30 on Fox Sports West from Vet Stadium in Long Beach. Gorman has been a machine in recent years and had a big win to open this season against Cedar Hill of Texas, the alma mater of Aca’Cedric Ware. Former USC commit Bubba Bolden (#11) is at safety for Gorman and keep an eye on top junior LB Palaie Gaoteote (#10) who has an SC offer, along with TE Brevin Jordan and DE Adam Plant. Bosco has junior safety Jaiden Woodbey (#6) with an SC offer.

Both schools will be looking to avoid losing records before starting tough league play. Santa Margarita has USC verbal commit Brett Neilon on the offensive line.

The interest in this game for USC fans is obviously in Trojan DL commit James Lynch, who plays for Round Rock. Lynch (#94) has 7 tackles and 3 quarterback hurries through the first two games. Click here to watch live stream of the game