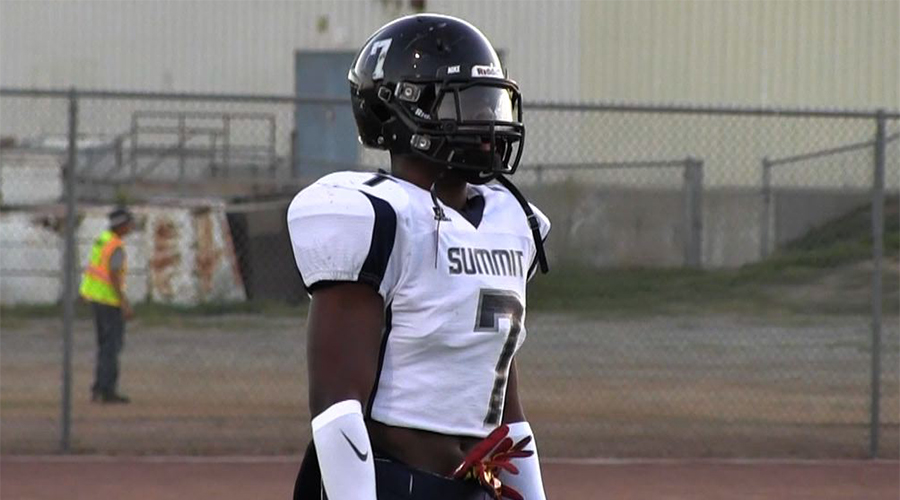 Always one of the premier offseason camps, The Opening Los Angeles Regional is set to take place this Sunday in Redondo Beach (Calif.), and as usual, it’s expected to draw a large number of the Western region’s top-rated prospects. With more than a few USC targets included in that collection of talent, here’s a look at five storylines to keep tabs on heading into the event.

Four current Trojans pledges will take part in the event, including three prospects from the Class of 2017 in safety Bubba Bolden (Las Vegas, Nev./Bishop Gorman), cornerback Thomas Graham Jr. (Rancho Cucamonga, Calif./Rancho Cucamonga) and running back Stephen Carr (Fontana, Calif./Summit), with the latter two falling into the ‘soft verbal’ category after opening up their recruitment a bit.

Bolden possesses a rangy 6-foot-3 frame to go along with a physical brand of play, and it should be fun to watch him go up against some top-flight wide out talent.

Graham is an excellent all-around athlete with strong cover skills, so it wouldn’t be a surprise to see him have a good day. Carr, meanwhile, is an explosive game breaker who has the potential to put on an absolute show.

And then there’s Class of 2018 USC quarterback pledge Matt Corral (Westlake Village, Calif./Oaks Christian). Having just committed to USC last month, he has a golden opportunity to show what he can do while going head-to-head against some of the top passers from the Class of 2017.

Bolden is just one of a whole host of Class of 2017 Bishop Gorman prospects who will be making the trek from Las Vegas, with highly touted quarterback Tate Martell headlining that group as well. Currently committed to Texas A&M, he’s also supposed to be among those in attendance on Saturday for USC’s Junior Day event. Martell typically does extremely well at these offseason events, so expect a big day from him.

Haskell Garrett is one of the headliners along the defensive line expected to be in attendance. He’s currently committed to Ohio State, but it’s doubtful that USC will ease up in their pursuit of him. Cornerback Alex Perry and tight end Brevin Jordan are two more Bishop Gorman players without USC offers at this time to keep an eye on. Perry recently backed off a commitment to ASU and is now wide-open. Jordan is a fast-rising Class of 2018 star who boasts offers from the likes of Oklahoma, Texas A&M and Washington.

The Trojans just signed five wide receivers in the most recent haul, but that doesn’t mean that they don’t have room for a few more from the Class of 2017, and more than a few big-time targets will be on hand Sunday. Terrell Bynum (Bellflower, Calif./St. John Bosco), Joseph Lewis (Los Angeles, Calif./Hawkins), Tyjon Lindsay (Corona, Calif./Centennial) and Osiris St. Brown (Santa Ana, Calif./Mater Dei) are among the high profile pass catchers who will participate, and all four possess the ability to come away with the positional MVP award.

From the Class of 2018, Jalen Hall (Los Angeles, Calif./Hawkins) will also be there. Standing 6-foot-4, with soft hands and outstanding athletic ability, he holds over 20 offers now – including one from USC – and he could wind up being the most-sought-after receiver in his class.

Plenty of cornerbacks too

Of course, don’t expect the receivers to have it easy on Sunday. That’s because a stellar crop of cornerbacks are expected as well. One of the deepest position groups out West for the Class of 2017, in addition to Graham, others with USC offers who will be there include Greg Johnson (Los Angeles, Calif./Hawkins) and Jaylon Redd (Rancho Cucamonga, Calif./Rancho Cucamonga). Potential targets like Perry and Deommodore Lenoir (Los Angeles, Calif./Salesian) will also participate.

The Trojans likely need at least two cornerbacks from the Class of 2017, and this presents a great opportunity to get a look some outstanding players on the staff’s radar. The one-on-one battles between these corners and the strong collection of wide receivers should be a highlight of the event.

All eyes on a pair of local offensive linemen

Speaking of the one-on-ones, no battle is more entertaining to watch at this event than the one that pits the offensive linemen against the defensive linemen, and on the offensive side of the ball tackle/guard Wyatt Davis (Bellflower, Calif./St. John Bosco) and tackle Chuck Filiaga (Murrieta, Calif./Vista Murrieta) are the overwhelming headliners. Arguably the top two local offensive line prospects, both are being pursued heavily by the USC coaching staff. Going up against standouts like Garrett (Las Vegas, Nev./Arbor View), Martin Andrus (Los Angeles, Calif./Los Angeles) and Jaelan Phillips (Redlands, Calif./Redlands East Valley), both recruits have an opportunity to raise their stock even further.