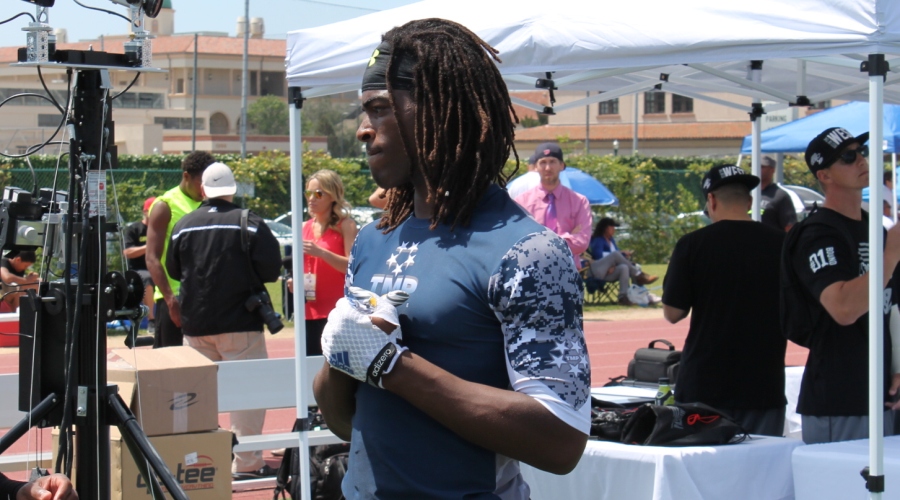 2016 cornerback Lamar Jackson took the field on Sunday at an elite 7-on-7 passing tournament in Fullerton. The 6’3” 210-pound 17-year-old has the size to develop into a safety, making him a unique piece on any team’s chessboard. The Elk Grove High School athlete has played quarterback and running back in addition to cornerback, providing versatility that schools covet.

Jackson will excel as a press corner who possesses both the strength to prevent receivers from getting a clean release and the top-end speed (4.46 40-yard-dash) to keep up with quick receivers.

2017 running back Najee Harris (photo) sticks out like a sore thumb on the football field. The 6’2” 210-pound physically imposing sophomore is widely considered the top offensive player in his class and it’s easy to see why. Harris was fluid in and out of his breaks at receiver and has the blocking ability and to be a three-down running back at the next level.

Harris verbally committed to Alabama last week, but took an unofficial recruiting trip to USC on Friday. The Trojans coaching staff will surely continue their pursuit of the blue chip prospect.