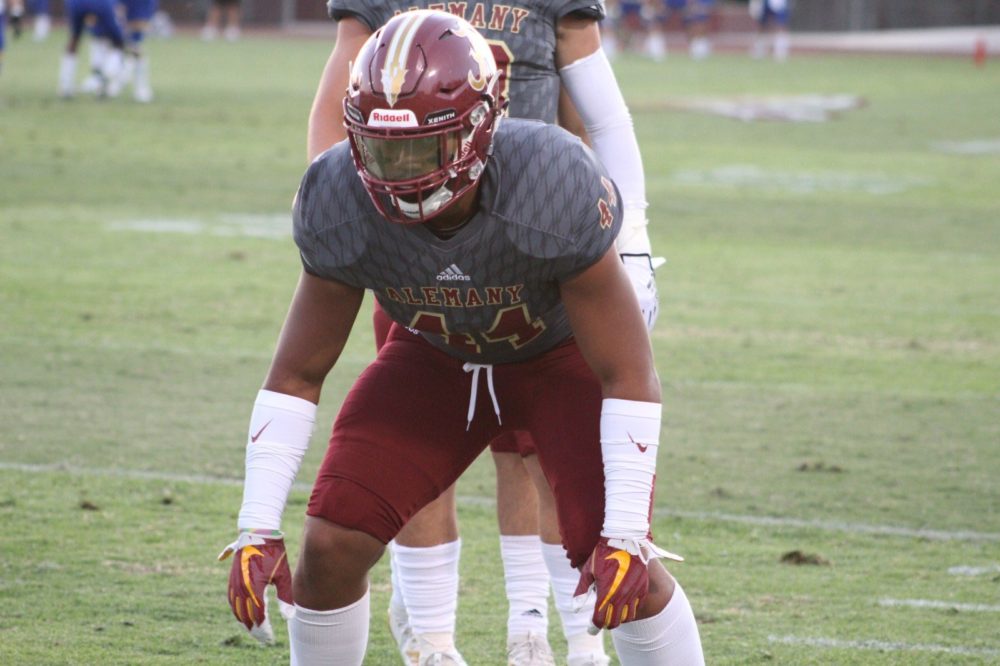 USC isn’t likely to make much noise with the 2020 class during Wednesday’s signing day, but the Trojans got an impact commitment for the future on Tuesday morning.

Tuihalamaka is USC’s first verbal commitment of the 2022 class and checks in as the nation’s No. 61 prospect and No. 4 inside linebacker.

Alemany has been targeted hard by USC coaches of late, as they’ve sent a handful of coaches to the campus in recent weeks and extended offers to multiple 2021 prospects.

The timing of the commitment is certainly interesting, as USC recently announced that three defensive coaches would not be with the program moving forward. Clearly, Tuihalamaka is comfortable with new USC defensive coordinator Todd Orlando, as he tagged the Trojans new coach in his announcement tweet and made the commitment shortly after Orlando took control of the defense.

Tuihalamaka’s commitment also gives the Trojans a strong linebacker commitment in each of the next two classes, as Ma’a Gaoteote (Bellflower, Calif./St. John Bosco) is committed in the 2021 class.