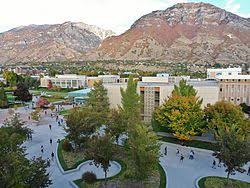 The opening line: The Trojans opened a 3-point favorite over BYU.

Transportation to LaVell Stadium
The Provo Bus (UTA UVX) provides free service to/from LaVell Edwards Stadium.  From the Utah Valley Convention Center, exit the South entrance and head two blocks East to University Avenue. Guests should board the UVX bus at the Center Street Station and ride until the BYU Stadium stop.  No ticket or validation is needed.  A UVX transit map can be found here.

Projected Saturday Provo Weather Forecast: Sunny with a high of 82, low of 51, 0 precipitation, and 35 percent humidity

Located directly west of the stadium on Canyon Road, Cougar Canyon will open three and a half hours before kickoff. Among the festivities, fans will be able to enjoy the following:

Cougar Canyon will remain open until 30 minutes before kickoff, which will give fans enough time to enter the stadium for the game and enjoy the new improvements at LaVell Edwards Stadium this fall.

BYU Cougar Walk: The traditional team Cougar Walk goes through Cougar Canyon two and a half hours before kickoff, allowing fans the opportunity to greet the players and coaches when they arrive at the stadium. The BYU football team will also participate in the new game day experience.