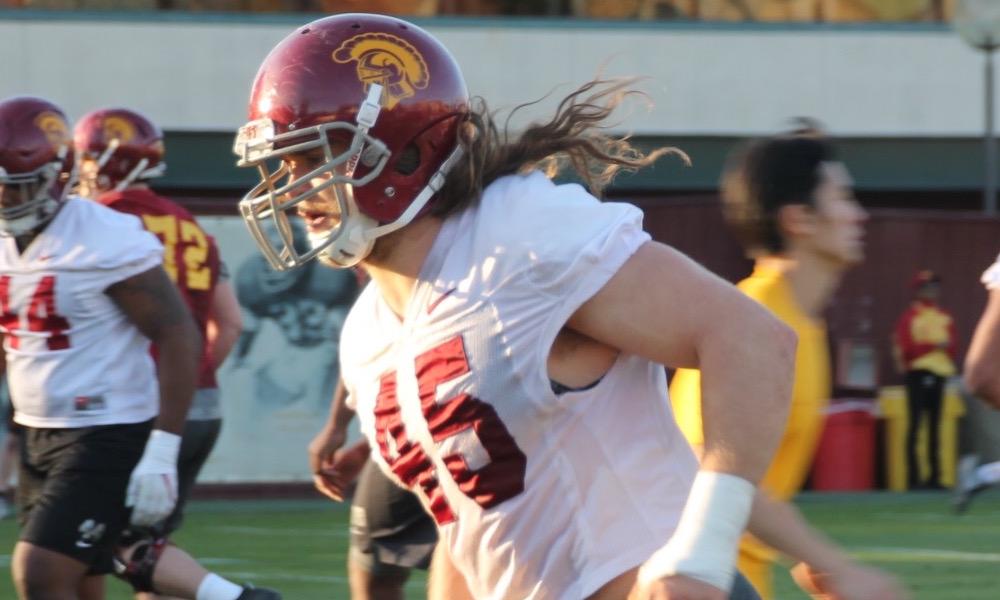 Now that the 2018 NFL draft is done there are the way-too-early 2019 mock drafts popping up, with Trojans Cameron Smith, Porter Gustin and Marvell Tell making appearances as potential first-round selections.

Of course, these projections mean little beyond how players are viewed one year out from when they would actually be selected but at the very least it shows that the NFL folks think the Trojans should be pretty good on defense too.

It’s no surprise to see any of the three as first-round projections based on the body of work we’ve seen in their careers. All three took a look at league evaluations at the end of the 2017 season and it was a pleasant development for all three to return for their senior years at USC.

I also don’t think you rule out someone like Iman Marshall as another defender who could work his way into first-round status with a solid senior season.

Any way you look at it, the Trojans are likely to build upon their nation-leading total of 81 first-round picks.