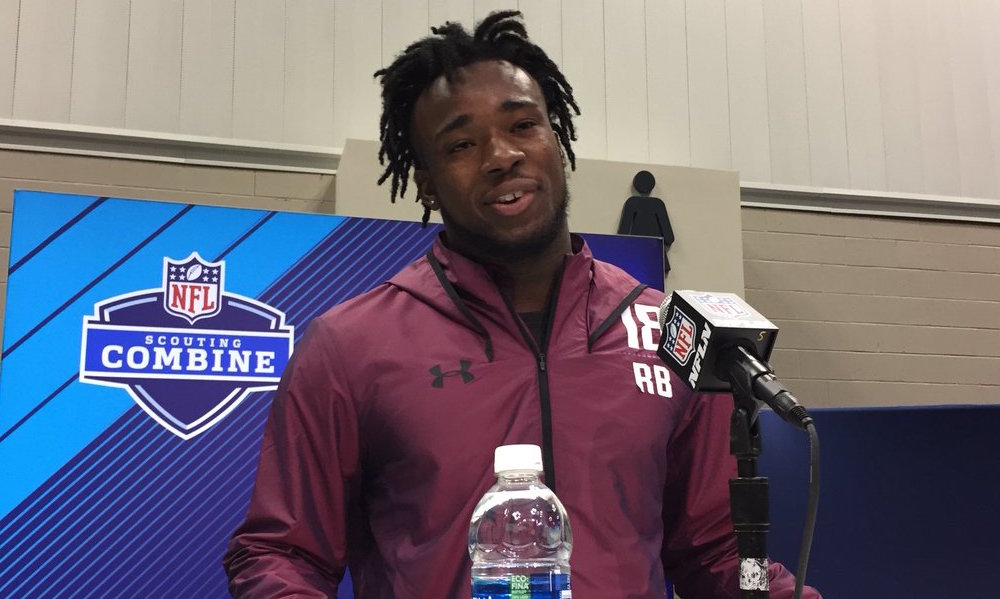 USC tailback Ronald Jones took part in the opening day of combine drills but appeared to pull up with a hamstring strain on his first 40-yard dash attempt, which resulted in a 4.66 time, obviously well below what he would have ran if healthy.

USC RB @rojo ran a 4.66 unofficial 40-yard dash at the #NFLCombine, pulling up with a hamstring injury.#FightOn | #USCtotheNFL pic.twitter.com/PkRfVEqsxe

It was later confirmed on the NFL Network broadcast that RoJo was done for the day with drills.

This certainly isn’t an ideal situation for RoJo because he wanted to go out there and post a solid time to help with a potential first-round selection, but there is certainly time to heal up for USC Pro Day on March 21st

Steven Mitchell put up 13 reps on the bench press

USC WR @smj_vii put up 13 reps on the bench at the #NFLCombine!