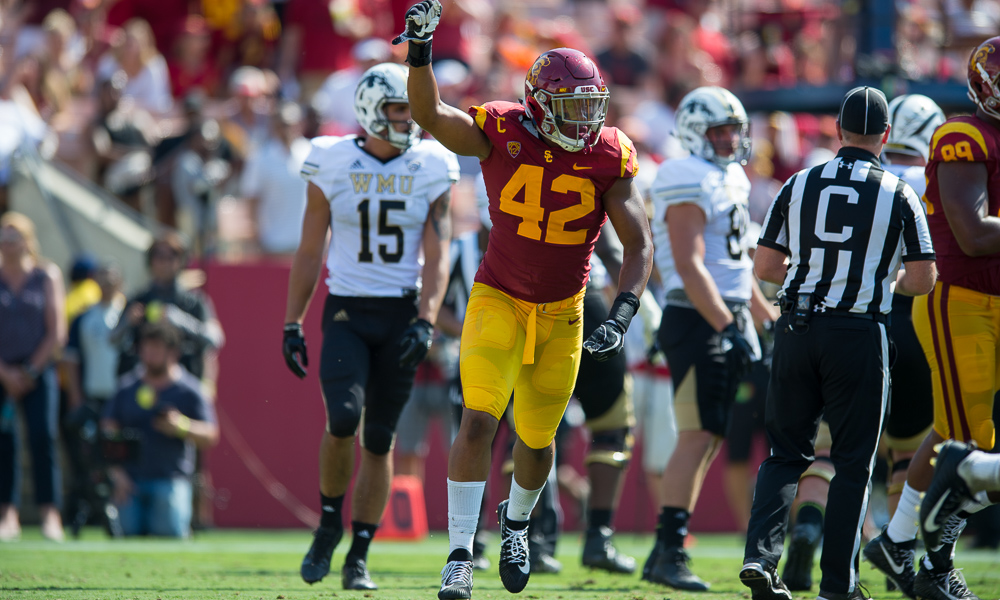 USC junior snapper Jake Olson, who captivated the college football world when he snapped in 2 games this season despite being blind, was named the Most Inspirational Player.

Darnold, who has thrown for 3,787 yards and 26 touchdowns in 2017, and Nwosu, who has 71 tackles and 13 deflections this season, also shared USC’s Lifter of the Year Award with senior center Nico Falah, junior offensive tackle Toa Lobendahn, junior inside linebacker Cameron Smith and junior safety Marvell Tell III.

Player of the Game Vs. UCLA: safety Chris Hawkins