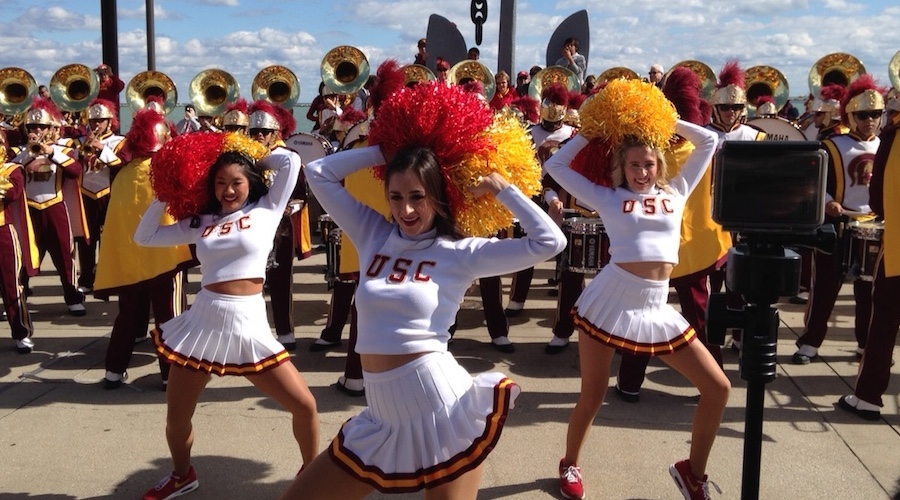 Band on the Run: The Trojans Marching Band will be in Salt Lake City for Friday night’s game. On Thursday, TMB will parade down SLC’s historic Main Street at 5 p.m.

Utah Gameday: Okay, so “What is a Ute?” A Ute is member of the Indian tribe believed to have originally settled in Utah. Football “Gameday” on campus begins two-and-a-half hours prior to kickoff (5:00 p.m.) with the “Ute Walk,” as the Utah team gets dropped off at the corner of 500 South and Guardsman Way. Fans line the route down 500 South to Rice-Eccles Stadium. The Utah Marching Band will lead their team and giveaways will be thrown out into the crowd.

Parking/Tailgate/Stadium Entrance Times: Parking is available for a fee of $10 in designated “general parking” areas. The stadium will open two hours prior to kickoff.

Trojan Walk: The Trojans busses should pull into Rice-Eccles Stadium at approximately 4:30 p.m. Since there is no official Trojan Walk during road games, you should still be able to see the team come off the busses in front of the stadium.