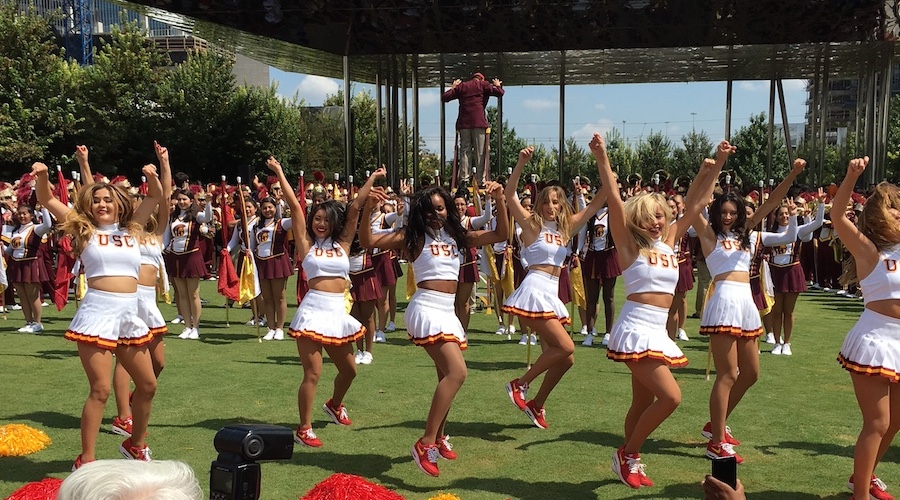 Projected game day Tucson Weather Forecast: Sunny with a high of 91 degrees, 22 percent humidity, and a low of 63 degrees.

From the Northeast, take the I-10 East and exit at Prince Road, exit 254. Merge onto N Business Center Dr. and continue until it turns into N Fwy Road. Turn left on W Speedway Boulevard, right on N Campbell Avenue, right on 5th Street and stay on 5th street until it becomes N National Championship Drive.
Tucson: An approximately two-hour’s drive south of Phoenix, Tucson offers excellent restaurants, shops, and museums. To get to Tucson if you’re driving down from Phoenix for the game, simply head south on I-10, and you’re there in about 2 hours.

Along the drive is Picacho Peak, site of the only Civil War battle in Arizona. For those that love old and new television cowboy sets, you can visit old Tucson Studios, used in over 300 movies. Then there is the Pima Air and Space Museum for those interested in old aircraft. More than 300 aircraft are on display.

A popular destination in Tucson is also the Arizona-Sonora Desert Museum, which brings appreciation and understanding of the Sonoran Desert. Of course, you want to visit the University of Arizona, which is basically a very flat campus for those that don’t want to climb hills like at UC Berkeley. The Arizona campus is lined with palm trees and has a very good student union for those that want a nice food court.

Fan Fiesta: The Coca-Cola Fan Fiesta is the place to be on game day for pre-game fun! Beginning four hours prior to kick-off, the Coca-Cola Fan Fiesta will be located on the University Mall, just west of Cherry and is a great place to be for the Wildcat Walk. There will be giveaways, inflatables, and much more! Admission is free and open to the public. The Fan Fiesta is the equivalent to the Trojans fan fest in the peristyle end of the Coliseum.

Tailgate: Before the Trojans take on the Wildcats, join the official USC Alumni Association pre-game tailgate party (3 – 7 p.m.) at Tucson Marriott University Park featuring a buffet, drinks, entertainment, and the company of your fellow Trojans!! Cost is $65 for adults and $45 for children 14 and under.

Parking: $10 parking is available in both the 2nd St. and 6th St. Garages along with the Arid Lands Marshall lot.

The Arizona Walk: If you want an up-close look at head coach Rich Rodriguez’s Wildcats, Arizona makes its grand entrance through tailgating as they are dropped off on Cherry and University, two hours prior to the game, which means around 10:00 a.m.

Trojan Walk: Traditionally, the Trojans will get dropped off on E. 6th Street, which runs parallel to Arizona Stadium. It’s more or less a busstop and nothing formal. Figure the Trojans busses will roll in around 10:30 a.m.