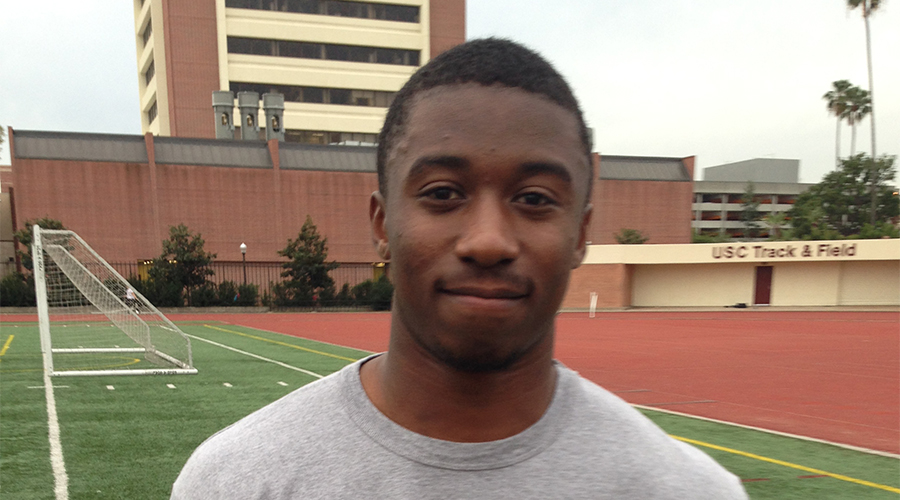 USC just wrapped up its 2014 campaign a little over a month ago, but that’s old news for the returning players on the team. They’ve already switched their focus to next season. Now fully immersed in their winter workouts, offensive players such as quarterback Cody Kessler and wide receiver JuJu Smith have also begun organizing volunteer throwing sessions, which have been drawing more and more participants to Cromwell Field each week. On Wednesday, among those making their 2015 offseason debuts was one tailback who figures to play a significant role for the Trojans in the fall: rising junior Justin Davis.