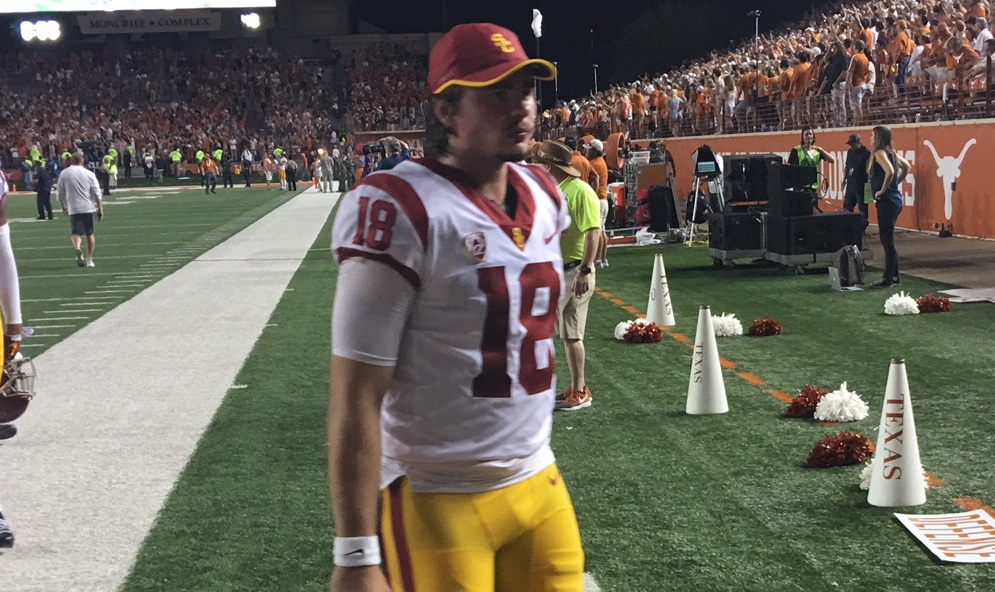 As a USC fan, I have bit my tongue for quite some time about how USC has recently come up short against bigger and tougher competition. Tonight, it looked as if Clay Helton and his Men of Troy were going to flip that trend taking a 14-3 lead in the first half against the Texas Longhorns, but after USC got absolutely hosed on what should have been called a safety, the momentum just completely flipped in the Longhorns favor and Texas reeled off 34 straight points to take away the life of the Trojans.

One of the interesting things that Clay Helton has always preached is to run the ball and be a physical, balanced football team. Tonight, once again, they came up way short of those expectations, even after taking a 14-3 early lead. The Trojans were still up 14-13 after Texas stopped USC at the goal line in the 2nd quarter, but they seemed to get some of the momentum back when it looked like they were going to get a safety as Sam Ehlinger’s knee and elbow looked down. After the missed call by the officials, USC had another huge penalty as they had a roughing the kicker penalty in the end zone. Texas went down on that drive and made a field goal at give them a 16-14 lead heading into the locker room.

After halftime, the Longhorns were all over the Trojans, outscoring them 21-0 in the third quarter and just sucking the air out the Trojans. Sam Ehlinger was throwing the ball all over the Trojan defense in the second half, starting with a 27 yard strike to Joshua Moore. USC looked as if they were going to get right back into the game with the opportunity to put three points on the board. Instead, Texas blocked the kick and returned it for a touchdown, which just made the wound for USC open even wider. After that, USC virtually did nothing to threaten the Longhorns as they just stepped on the Trojan’s throat from that point on. With Washington State coming up next Friday, Clay Helton, his staff and his team will be under the spotlight to perform with a different mindset and attitude, one that will need to produce different results to satisfy a restless fan base.