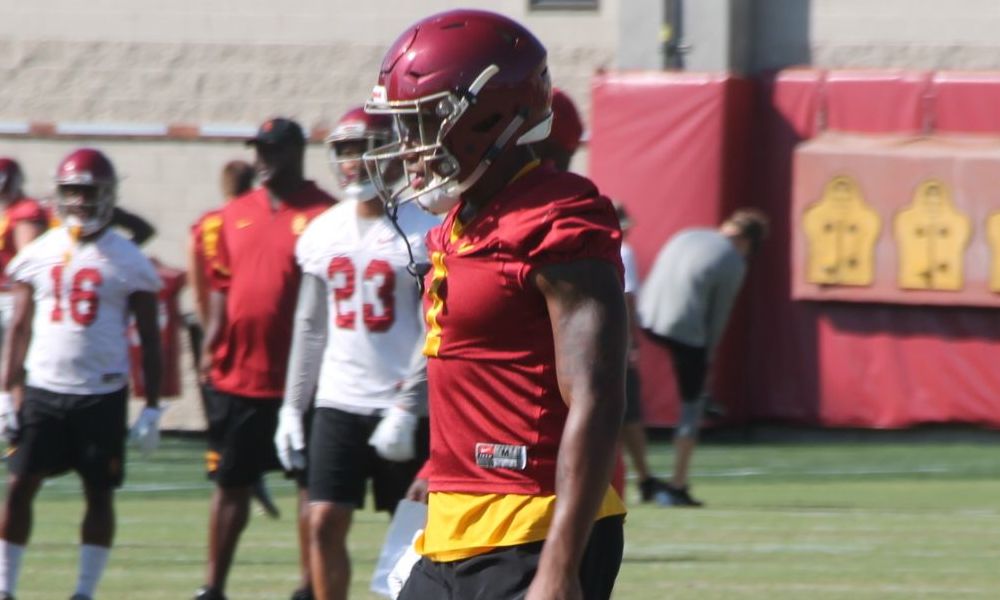 1. It certainly wasn’t the fact that J.T. Daniels was named the starter, it was the expectation. It was, however, the order of the rankings of the quarterbacks behind him. There was no “or” between the second and third quarterback – namely Matt Fink and Jack Sears, respectively. No argument here, although both Fink and Sears really did battle in training camp and improved greatly since spring ball.
2. I was not overly shocked that redshirt sophomore Velus Jones Jr. was named a starting wide receiver although I believe that true freshman Amon-Ra St. Brown deserved strong consider to be a starter based on training camp. If both Jones Jr. and St. Brown were seen as equals at the end of training camp, Jones Jr. deserved to be the starter based on longevity in the program – a redshirt sophomore over a true freshman.
3. I guess the fact that Amon-Ra St. Brown is listed atop the punt returners caught my attention, but I also think the fact that redshirt freshman Greg Johnson corner is listed as equal to senior Isaiah Langley. It was what most suspected that Johnson really made an impression in training camp.