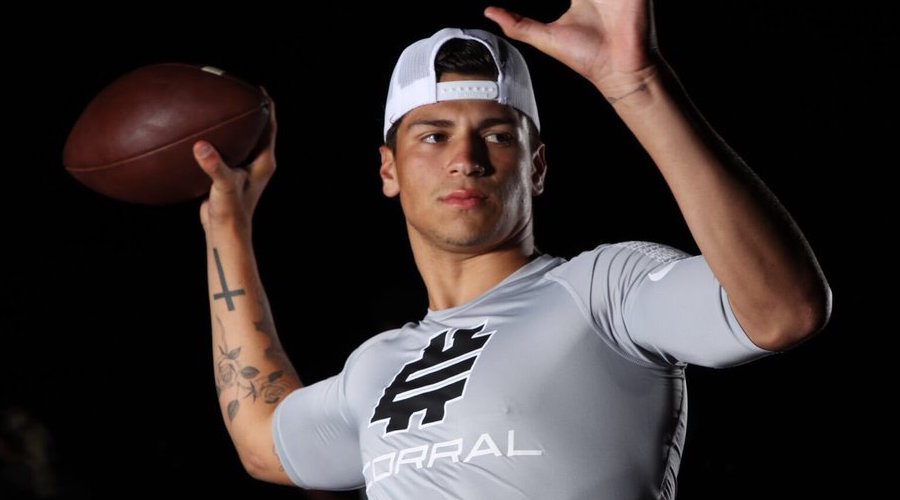 USC quarterback commit Matt Corral continued his impressive recent run on the camp circuit when he took part in the Elite 11 finals over the weekend, and earned a spot as one of the 12 QB’s selected for The Opening in July.

The finals were held at Redondo Union HS and took part over 3 days, with each day featuring a different set of drills designed to test the overall skill and leadership set of the players. There was beach training with Olympic gold medalist Kerri Walsh Jennings, classroom settings to work on the mental aspects, a mock Pro Day and, of course, 7-on-7. Corral predictably stood out with his strong arm but one of the things we’re continuing to hear from those working the events is how they appreciate his competitiveness and fire. In an event brings together some of the biggest of the big men on campus it’s always nice to hear that about a player in that setting.

Speaking of The Opening, the overall rosters are now set and here’s a list of some of the USC recruits who will be taking part in early July:

There were updates last week to the top schools lists for some of the USC targets:

* Talanoa Hufanga is more than likely headed to safety (The Oregon star also plays QB for his school) and the Trojans would love to add him to the mix.

* There was some activity at Servite. The Trojans made an offer to 2019 athlete Trent McDuffie (5-11, 175) but the Friars saw a pair of talented transfers to Orange Lutheran in 2019 tight end Ethan Rae and 2019 WR Kyle Ford.

* Salahuddin announced that he would visit USC on June 23rd

The first edition of the Rising Stars Camp will be held next Sunday at USC, with the second camp being held two weeks later on the 25th. We’re not allowed to shoot video footage at the events but we can take still photos and provide a recap of how the Trojan recruits performed.